Here’s a car which hardly anyone in Australia will buy. And that’s a real shame, because it is seriously good.

Why won’t Aussies buy the latest 5-Series Wagon? Because as a nation we are completely blinded by the need to own 4-wheel-drives... So anyone wanting a BMW wagon will be magnetised to one of the three sizes offered in the X range. Most likely a potential 5-series wagon buyer will home-in on an X5. 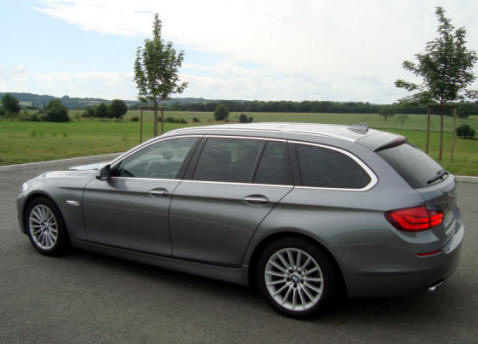 Not that there’s much to criticise about an X5, but do you really need to sit a metre above other car drivers? And will you ever use the off-road capabilities of the X5. And this is important folks, 4WDs don’t have more room inside – the floor is higher as well as the roof…

Really, the on road dynamics of the lower 5-series wagon are vastly superior, and not just because of the lower centre of gravity. It’s also an automotive generation newer than the X5, and at this level, that’s significant.

The latest version of BMW’s long running and immensely successful 5-series range (which began way back in 1974) takes some good steps forward in many areas. First, it is restyled completely and while it isn’t an advanced design, it does away with the aggressive and not entirely attractive look of the previous generation.

It’s a very balanced looking car, which is no doubt helped by the short front overhang and far-forward front axle line compared to many other brands.

From the 1970s the interior of 5-series was always a modern, well-equipped and ergonomically well thought-out place. Inside, the new model follows the latest corporate look with attractive dashboard styling which exaggerates the width of the cabin. It’s a very comfortable environment. The front seats are properly supportive and nicely adjustable. Often wagons have very compromised rear seats, where comfort makes way for folding ability and limited space, but in the BMW they’re still absolutely acceptable.

Boot space is good – and not compromised by too sloping a rear window like the smaller 3-Series wagon. Usefully, the rear window can open separate to the whole tailgate.

The model tested was fitted with a 2-litre, 4-cylinder turbodiesel engine. Small, you might think, for a big, heavy car (it weighs in at 1715kg). But BMW has long been a master of developing extremely good diesel engines, and this unit is no exception. Aside from its great smoothness, the great attribute of this engine is the plentiful torque – 380Nm of it. And that translates to an easy car to drive around town or in the country, even when fully loaded – which can be pretty important in a wagon.

I drove this car in Europe and cruising at 200km/h on Autobahns, the car sat smooth and safe and stable. A little wind noise from around the window frames was really the only clue that the car was doing twice the speed limit in some states of Australia.

Hustle it around some bends and it responds like an expensive, well-bred car ought to. Responsive and confidence-inspiring with lovely feel to the steering. Top value for money and definitely better than a tall 4WD… 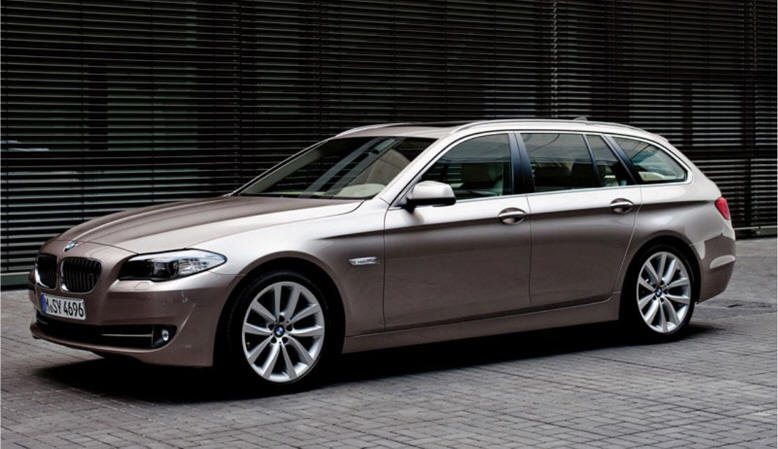 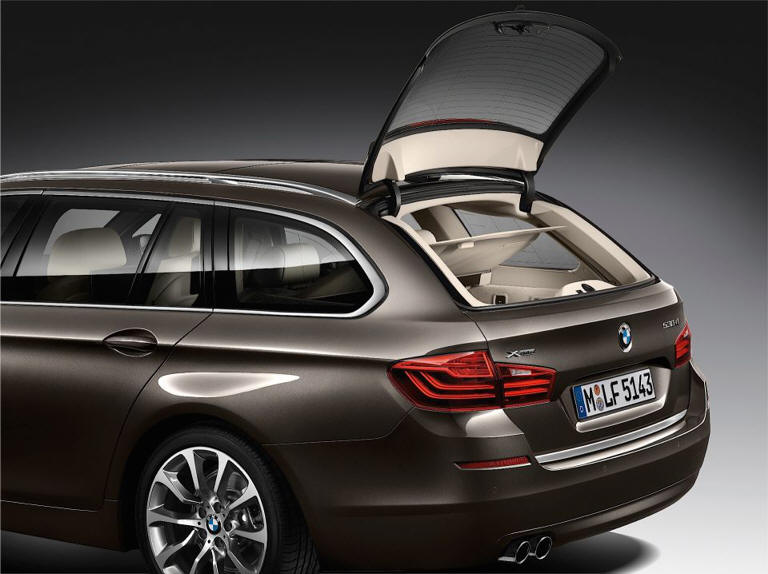