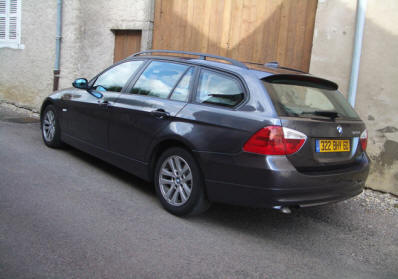 This exact version of BMW's popular 3-series is not sold in Australia - we tested this car in Europe, including many miles on autobahns and autoroutes. In Australia we see the wagon with a 2.5-litre petrol engine, and only get the 2-litre turbo diesel powerplant in the sedan body. Diesel engined cars are finally gaining some popularity in Australia, with 21 percent of BMW sales in Australia in 2007 being diesels.

BMW wagons have tended towards form over function and the latest 3-series wagon follows suit. It's a stylish machine in the latest Chris Bangle BMW look and in all versions is a pretty well thought out car. As well it ought to be as the 3-series sells in enormous quantities around the world.

The luggage area is not particularly large - when compared to most other wagons of a similar size - the wagon being exactly the same length as a 3-series sedan. A separately opening rear hatch glass is a nice and quite useful touch and something unique to BMW.

The 2-litre turbodiesel motor has a fraction more power than a BMW 2-litre petrol engine, but more than a third more torque, making it a very flexible and useable motor. Economy is considerable better too. The engine is a bit noisy (surprisingly) in town, but can easily propel the car stably at 200km/h - we tried it on an unrestricted section of autobahn.

Fit and finish of the car throughout are clearly to a high standard, but one unnecessarily infuriating design fault is the 'cleverer than the driver' indicator controls. Why does BMW insist on re-educating people on the most fundamental driving skill? It seems like the i-drive designers needed something else to do. The sooner they stop this nonsense the better.

The i-drive control in the 3-series is not as complicated as early iterations of BMW's controller. The Navigation system is one of the best we've used, performing well (except for unnecessarily diverting us off freeways through towns when instructed not to...).

Overall it felt a very good car, but somehow, not completely great. 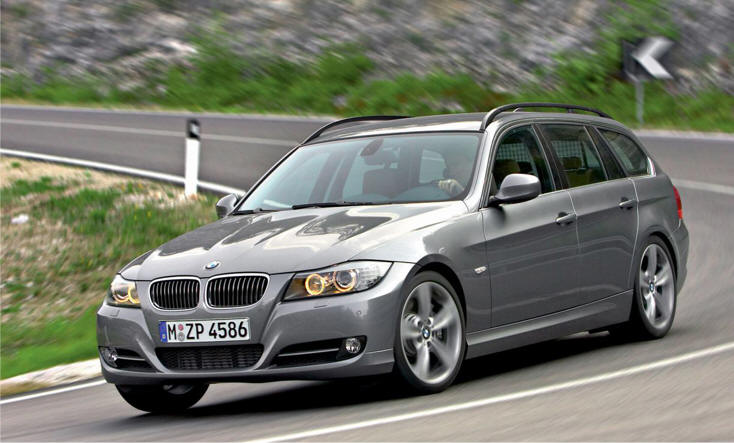