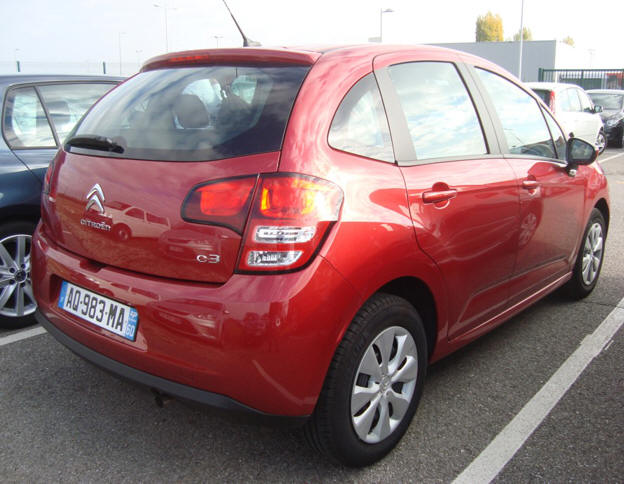 The small Citroen C3 turned out to be a bit of a surprise packet for its Australian importers, selling in quite decent numbers - by local standards for the marque. Late 2010 saw the launch of a new model, which is certain to capitalise on the strengths of the original C3.

The cute styling remains, but the latest version has a bit more of a sophisticated look without giving up the cues which made the model a sales winner. Citroen is making a big deal about the panoramic windscreen on some models, in which the glass continues uninterrupted into the roof above the front seats - and they should make a fuss about it, as it makes the car a pretty special place to be. Internal sliding blinds and visors help when it's too hot or glary. It makes a great point of differentiation in the marketplace.

Regardless of which version of the new C3, the interior is a good place to be. Citroen have obviously been learning about interior quality and the benefits it has in impressing users - as well, no doubt, about longevity. The dashboard layout is quite sophisticated for a car in the C3s category, even on the basic models. The front seats are decently supportive, though the rear seat is a little flat. During several day long drives on Autobahns and Autoroutes in Europe, comfort levels proved fine.

Though performance in the 1.4-litre petrol version I tested didn't quite live up to the rest of the car. It seriously ran out of breath at about the top legal speed there - 130km/h - but almost everyone drives faster than that. The little C3 could go faster, but it was a struggle... The 1.4 is the base model in Australia, and all other versions have considerably more power and torque on offer. Both 1.6-litre petrol and diesel C3s are marketed alongside the 1.4.

On the road the car sits nicely at speed, though the new electric power steering doesn't the provide the greatest feel - but then the C3 isn't meant to be a performance car.

Even the entry-level VT we drove is well equipped and includes an MP3-compatible radio/CD player with steering wheel-mounted controls, air conditioning, electrically-adjustable door mirrors, front electric windows and a multi-function on-board trip computer. Nothing to complain about, especially given it's almost $4000 cheaper than the previous base model C3...

Starting at $19,990 - up against the Volkswagen Polo and Peugeot 207, the C3 will have a pretty good chance of continuing its success in Australia.