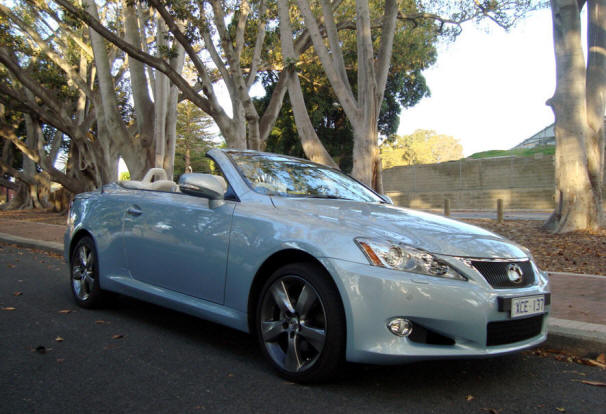 Here's a car clearly aimed at the American market. The US is convertible and coupe country - and there's even a convertible Camry, which is spookily similar to the new Lexus IS250C... Lexus is also the luxury brand of choice in the USA, so a convertible version of the small Lexus makes a great deal of sense.

The IS has been available as a 4-door sedan for a few years now, with the (brilliant) high performance IS-F version being the most recent addition to the range until the convertible version. Offered in Australia only with the smallest engine - the 2.5 litre V6, three levels of luxury are available in fundamentally the same car - spanning the $80-100,000 range.

To look at, it isn't the most exciting styling seen in recent years, but is unlikely to upset anyone. The bulky rear is not unlike many modern cars. Roof up, is not it's not at its prettiest, but folding hardtop cars usually look disproportionate with the lids on. The roof itself folds quickly and efficiently, in 20 seconds, but takes up almost the entire boot when packed away. The high boot adds reason for the reversing camera which is standard in the Sports Luxury trim model.

The seating is good in the front, the test car fitted with heating and cooling through the perforated leather. The back seats are best for kids. The clever air conditioning system detects when the roof is down and adjusts accordingly, also taking into account your speed. Neat. 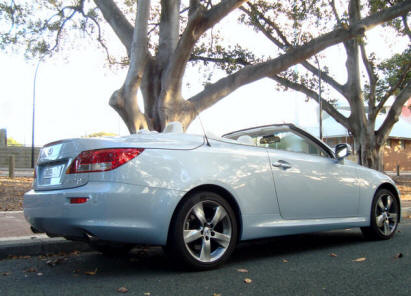 Roof down, with the side windows up, the car is commendably free of buffeting, and passengers can converse - even those in the back - without needing to raise voices. Also noteworthy is the pin sharp Mark Levinson sound system - I'm rarely impressed by car audio systems but this one stood out.
On the road the small engine gives adequate but unexciting performance. The Lexus transmission is as smooth as you could wish for though the combination makes the paddle shift option unlikely to be used.

There C offers the full gamut of electronic aids, including active cruise control. The turning headlights are as useless as all modern systems seem to be. Have Lexus, BMW and Mercedes engineers never driven a Citroen DS at night?

Lexus beefed up the structure to make a convertible with longer door openings and for the most part have done a fine job. Every now and then there's a very small amount of scuttle shake evident, but certainly within an acceptable level. However there's something not quite right... on a freeway or country road the driver is forever making miniscule corrections to the steering as if there's a buffeting gale blowing outside - even when it's a still as can be. This can be quite tiring on a long drive.

The C is relatively well priced, the lowest-priced version undercutting BMW's entry level 3-Series convertible by a useful $20,000, making it well worthy of consideration if you're looking for a car in this category. 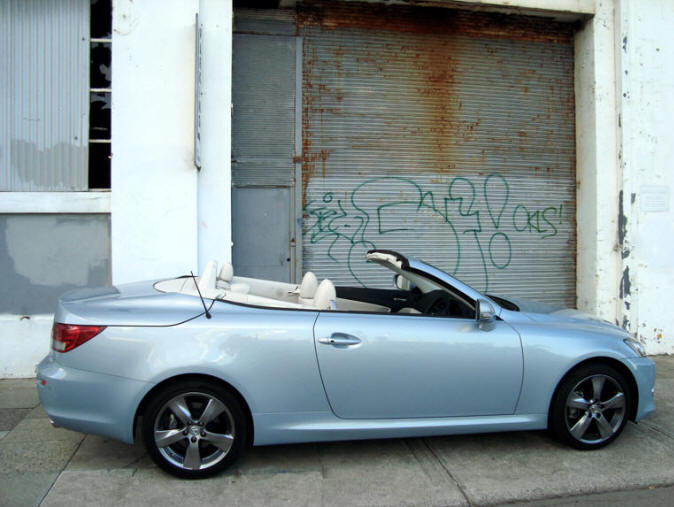 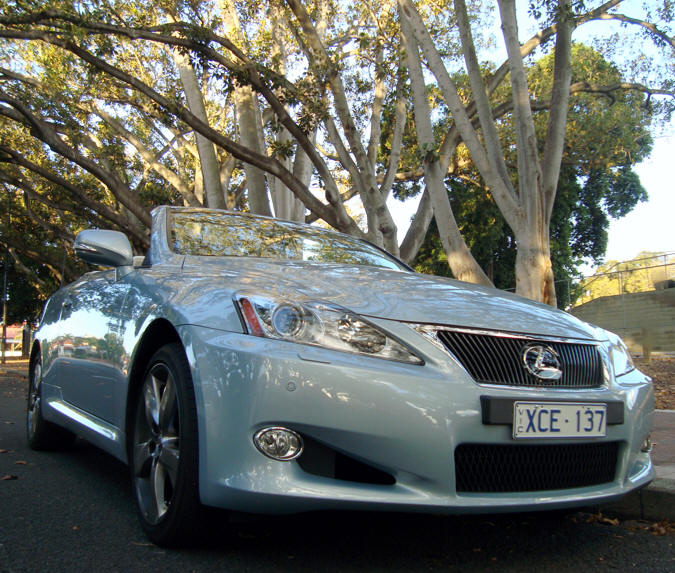