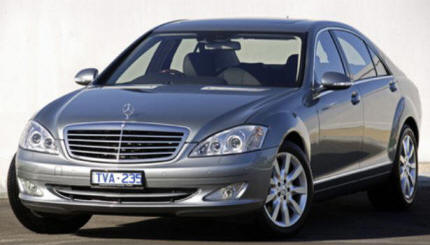 In Europe it's understandable why diesel engined cars are so popular. In much of Western Europe, diesels outsell petrol cars. The fuel is cheaper there and unlike the perception many Australians have, the engines are far more refined than diesel truck engines of old. So is it odd to have a diesel engine in the big S-Class Mercedes-Benz?

No, not at all. The German company has offered diesel engines since the 1930s and is among the leaders in such powerplants. Why wouldn't the biggest model be available with such an engine? The 3-litre V6 engine is certainly smooth and doesn't suffer from the clattering that some cheaper diesel units have. Power out put is 173kW, which compares well with the entry level 3.5-litre petrol unit also offered. But the big difference is in the torque - while the 350 petrol engine provides 350Nm at 2400rpm, it's hard to go past the 540Nm at 1600rpm from the diesel engine. And that translates to easy performance, both around town and on country roads. The 0-100km/h acceleration time is almost exactly the same for both versions.

Realistically the diesel version will appeal to people who do a lot of country miles. There the torque makes it a good choice, but the fuel economy is its real strength. A long country drive hardly moved the fuel gauge. The factory figures list between 11.6 and 6.4 l/100km - as opposed to 14.7 and 7.7 for the V6 petrol. There are also larger capacity diesel and petrol engines offered in the S-Class. 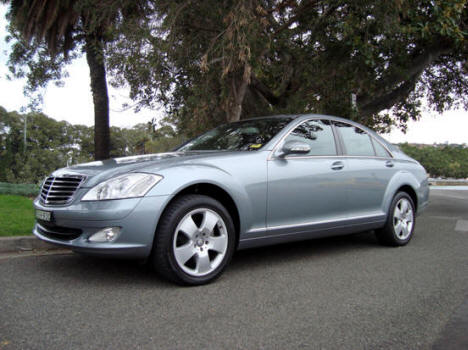 Being an S-Class, you expect the car to rate highly on the comfort scale, which it certainly does, but with the exception of a couple of little ergonomic gripes. I found the backrest of the front seat uncomfortable, in that the centre poked out between my shoulder blades making sitting back into the seat impossible. I also found the low-set location of the indicator stalk at odds with the steering wheel design. Plus, I'm not a fan of stalk-mounted gear selectors - in any car. The rear seats offer tremendous comfort, in an area where most cars are quite compromised.

The styling of the interior is especially nicely thought out. It's uncluttered, with smooth shapes. There are plenty of storage spaces (including a clever console box openable from either side). Mercedes-Benz has been the pioneers of many features such as climate controlled seats, and the S-Class is of course their showpiece flagship. While there's plenty of standard equipment, the options list allow you to customise to an extremely high level of specification.

Certainly one of the finest attributes of the S-Class is its feeling of solid construction. When sweeping along country roads at speed, or hemmed in by large trucks in traffic, the occupants have an unusual feeling of being cosseted, not only in luxury, but safety. There are few cars which impart such a feeling of being in an immensely safe environment. That, in addition to the real feeling of presence that the S-Class encapsulates.

There's a reassuring sure-footedness in the handling and roadholding which belies the size and weight of the car. It's no sports car, but even the smallest-engined version, shows a satisfying hint of sporty edge which is nicely suited to the car's luxurious character.

For a big, comfortable luxury sedan, the diesel engined entry-level option is an interesting one. It has a far more compelling raison d'etre in Europe, but still puts up a convincing case for the Australian market. 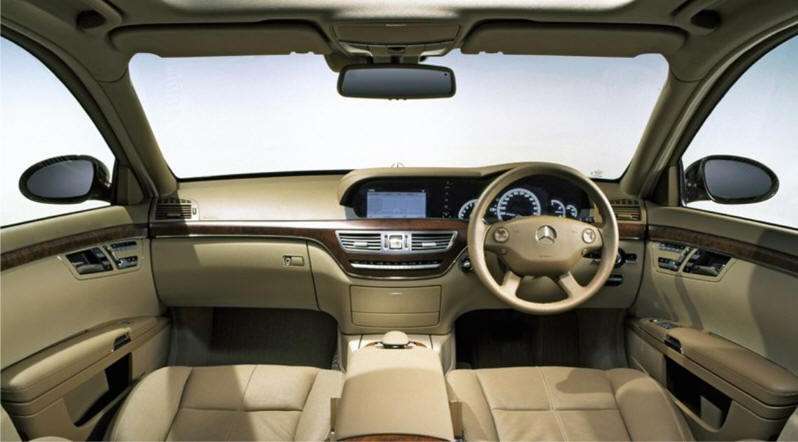