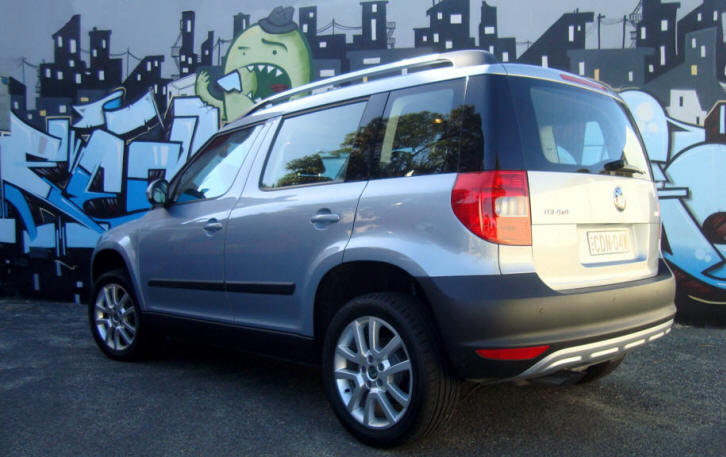 This is a car which has received very good reviews in the press in Europe and Australia. It's a completely new model, so it was good to take the diesel version out for a week's test in the everyday kinds of use that Yetis are most likely to face. That meant taking it on the school run, packing a baby and all the necessary accoutrements as well. Realistically, the strongest segment of buyers will be young families.

It's a bit hard to place the Yeti against other cars in the marketplace. Perhaps the Kia Soul or Toyota Rukus are its competitors. Or maybe the yawn-inducing options of Honda CRV or Subaru Forrester? The Yeti sits within quite compact dimensions, unlike the CRV or a RAV4.

Looking at the list of competitors the Yeti faces, there's only one other European vehicle - the Volkswagen Tiguan, from the same family as the Yeti. And how many of the others are neat, smart designs rather than just fodder? The Yeti whilst not a screaming bargain, is very well priced.

It's styling is funky, up to the minute and not as derivative as some. Can anyone remember what a Honda CRV looks like? Even my friend who is the most critical of off-beat styling and detests 4WDs thought the Yeti was a good looking thing. The rear is quite vertical making the most of the boot space - which tells the story of the remarkably space efficient interior layout. The Yeti has Skoda's clever VarioFlex seating system with a 3-piece rear seat is a practical feature and helps allow a myriad of layouts for carrying combinations of passengers and payload. 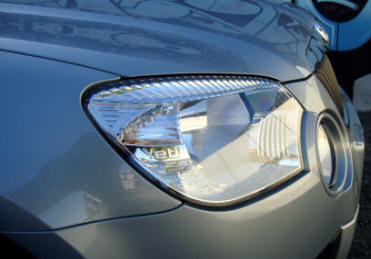 How it drives is the little Skoda's ace card. Even with a diesel engine with DSG (automated manual) transmission it's a remarkably sporty little thing - not what you expect, and a very pleasant surprise. You can find yourself punting it around the back streets at night in a way you just wouldn't even think of in a Vitara or Rukus. And the headlights are excellent...

It's propelled by a 103kW 2-litre turbodiesel from the Volkswagen group's stable - the same unit as used in the slightly pricier, heavier Tiguan. The Yeti boasts a Haldex clutch, which sends power to whichever end of the car needs it most, depending on road conditions. On the bitumen, it's basically a front-wheel drive, but up to 90 per cent of the power can be seamlessly diverted to the rear wheels when necessary. I didn't venture off road with it, but by all reports, it's very capable.

I also had opportunities to drive the petrol engine variants of the Yeti, which in both small and larger engine versions were also very good, I think the turbodiesel is the pick of the bunch.

The whole car feels well built - and by Skoda's recent reputation it should be almost bullet-proof. The finishes inside and out are above average. Altogether a very good, complete, clever and competent package which shames some of its mediocre competition. I'm pleased to see it's catching on, because it's a very deserving car. 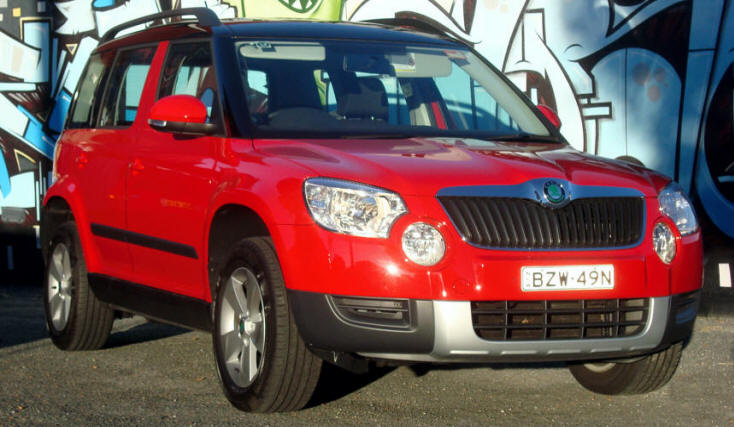