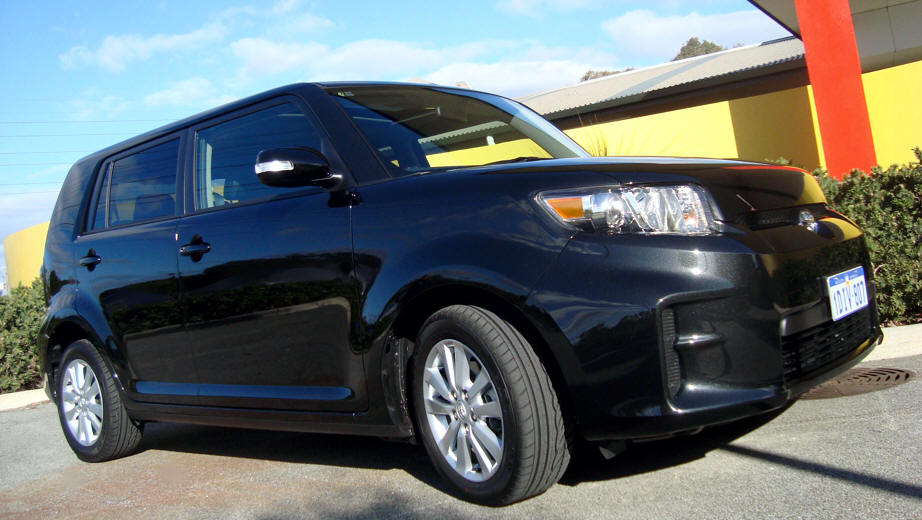 Toyota may be the last company you think of for an off-beat car, but the Rukus comes from the company's Scion range marketed in the USA, which aims to sell cars to a youth market. The models are also sold in Japan, where anything a bit out of the ordinary gets a strong following. But in Australia, aside from the Prius, Toyota is known for its down to earth, un-challenging cars. And there are plenty of buyers for those - probably not including you as a reader on this website.

The Rukus sits on a modified Corolla platform, and benefits from having a 2.4-litre VVTi engine much as you'd see under the bonnet of a Camry. So while this blocky looking little number appears to have no sportiness, in fact, it goes surprisingly well. Better than either a Corolla or Camry. It's only available as an automatic, for which it gained some criticism in the media, but I don't really see that as a problem. The Rukus can be almost sporty sometimes, the willing engine allowing you to get some benefit from giving the car a bit of a hurry-along.

It handles very well, with much flatter cornering attitudes than you might first expect. Stability and traction control as well as ABS brakes are standard fitments. But I'm not sure many Rukus buyers would really care.

The styling is certainly unusual, though it's not the first of its kind in Australia - the Kia Soul has that honour. These boxy shapes have been popular in Japan for several years, with the Nissan Cube having been the longest-established success among them.

So what does a car like this really offer? Space? Yes, there's plenty of space for five adults. Economy? Not really a strong-suit.

Individuality? Yep, that's it. Again, not something you normally associate with Toyota, but here it is... an in yer face Toyota. It's perfect for the people who've previously bought a Chrysler PT Cruiser, which offers a similar sort of package.

The low roofline and high-ish driving position seem to work in combination. You sit higher than in a normal sedan, but not as high as in an SUV, and that's good (especially from the point of view of the women who will buy most of these). The front seats are especially comfortable, supportive and plush. The dashboard layout is unusual, with centrally mounted instruments atop the dash. Otherwise the interior is quite lacklustre, with a variety of hard plastic finishes, all in dull shades of black. The top of the range model features a huge glass sunroof which helps alleviate the claustrophobic tendencies of the dominating black. Some bright red carpet floor mats would give a huge boost here.

Toyota offers a selection of optional body graphics which can elevate the exterior style to a different level, but the big question is, how many people will be brave enough to order them? The Kia Soul has a vast range of such options, but you never see a car wearing any of it. Why? Probably because the dealers order plain cars. To sell these cars to the target youth market, the dealers should follow the manufacturer's lead and have some up-specced demos on their fleets to inspire buyers. Otherwise the niche these cars will sell in will be very, very small.

While I had the car it certainly got a lot of attention - from a very wide range of people. Perhaps because it's new on the market, but undoubtedly because of the unusual shape, which many people likened to a Hummer. Well, it's nowhere near as big or unwieldy as a Hummer.

All three versions of the Rukus are generously equipped. Even the base $27,490 Build 1 includes power steering, air conditioning, power windows, locking, 6-speaker sound system, cruise control, keyless entry, Bluetooth and iPod connectivity and alloy wheels. Privacy glass is fitted on all versions, which I think is of dubious value. As you go up the range (all are the same mechanically) to Build 2, you gain "leather accented" trim, dual-zone air conditioning and more speakers and a few other minor goodies. The Build 3, which was tested for this review, gets the panoramic tilt and slide glass sunroof. 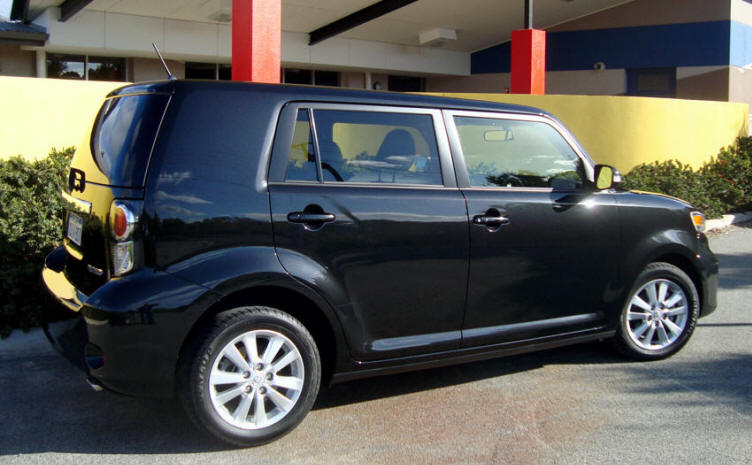