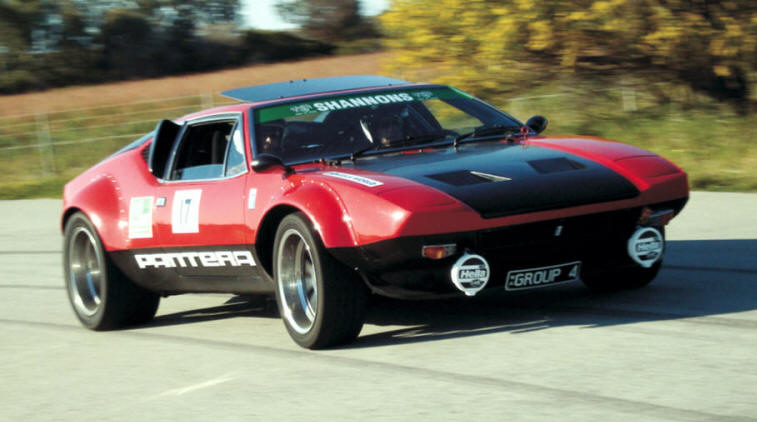 Probably not surprising, given that the Italian maker built 10,000 Panteras over the model's record 23-year model run.

Alessandro De Tomaso was a clever man, possibly cleverer than some of the cars he made… He was a marketing genius, with good connections and a passion for exotic vehicles. The Argentinian-born entrepreneur lived his adult life in Italy and married into a very wealthy, well connected American family. His wife's connections provided the entrée to Ford, which is where De Tomaso was able to make a very lucrative agreement. De Tomaso would build an exotic sports car for American Ford dealers to out-shout Chevrolet's Corvette.

As part of the deal, he later sold Ghia and Vignale to Ford. 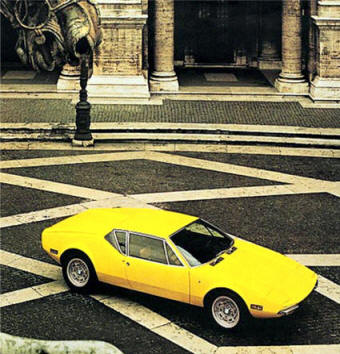 The Pantera featured a 5.8-litre (351cu-in), mid-mounted Ford V8 – its predecessor the Mangusta used Ford's 302 – and dramatic, modern styling courtesy of American designer domiciled in Italy, Tom Tjaarda. Italian engineering wizard Gianpaolo Dallara was responsible for designing the excellent chassis. In 1970, the first Pantera was shown at the New York Auto Show, to great acclaim. Production began the following year at the De Tomaso-owned Vignale factory. The Pantera would be built in three subsequent factories in the following years.

The Pantera wasn't miles apart from the Ford GT40 in concept, so it isn't surprising that people found it an attractive car to take to the racetrack – which it did with some success. This helped give it credibility, particularly in Europe.

The Pantera had proper supercar performance, excellent chassis design and many quality components. With 350bhp on board, it made a formidable road car, with a top speed few cars could match. Even today, they are a blast to drive, the performance matched by the deep burbling V8 soundtrack.

The interior layout was straightforward and generally functional, without any special design or styling highlights. Up until 1974 Panteras were not available with leather upholstery, though many have since been retrofitted in hide. There's even decent luggage capacity, with spaces front and rear.

Sales took off to a level that companies like Ferrari and Lamborghini could only dream about, but it wasn't all plain sailing. Quality issues dogged dealers with lots of little problems to be sorted out. The Pantera was built to a price, especially in the early days where the US market was important. 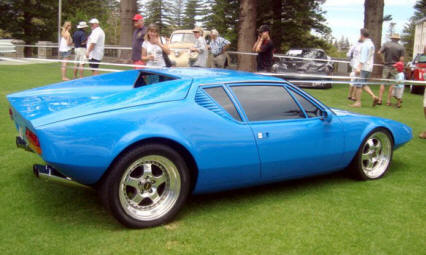 Durability also became an issue and by 1974 Ford had got too frightened by the whole thing and pulled out of the deal, though the cars remained in production for many years to come, with considerably smaller sales through De Tomaso's own network.

In 1972 the hotter GTS was added, with bigger wheelarches covering wider wheels and more power. 1972 saw the introduction of the Pantera L, primarily to suit American regulations, with big bumpers and a 'strangled' engine producing less power.

Subsequent to the Ford period, De Tomaso developed several versions of the Pantera, improving performance and adding enhancements along the way. 1980 saw the GT5 join the range, featuring a huge rear wing, which became a popular fitment on many Panteras.

1986 saw the Cleveland V8 replaced by the Windsor 5.8 litre, which brought with it a drop on performance.

Next came a smooth big blister guards which modernised the look quite well.

In 1991 came the Si model, with a fuel-injected 5-litre V8 and a comprehensive restyle courtesy of Marcello Gandini. Along with bigger blister guards, a silly (Gandini trademark) spoiler at the base of the windscreen, the brakes and suspension came in for redesign in this model. Big plastic wrap-around bumpers and side sills were added, but by now they were really tarting up something beyond its use-by date.

By 1993 the Pantera was a pretty old car that had outrun its life expectancy, and production ceased.

The sales success of the Pantera made De Tomaso a wealthy man and allowed him to develop other models – always with Ford V8s even after the 'divorce'. He ultimately also owned the Moto Guzzi and Benelli motorcycle companies, Lambretta and Innocenti and Maserati car firms. There were also newer De Tomaso models, but none than sold anywhere near as well as the Pantera.

What do you need to look for when buying a Pantera today?
Well, they were not built for longevity and rust is the biggest killer. Where a Pantera has lived its life and how much rust has taken hold can be a major factor for a potential buyer – check everywhere… It's not just exterior panels that are at risk. Make sure you get a car up on a hoist to see the underneath. Areas inside the engine bay should also be checked.

But potentially more of a problem are modifications. It seems the majority of Pantera owners over the years have not known when to leave well enough alone. There are many cars which have legitimate upgrades, but far more which have been customised by people with questionable taste. This adds nothing to the value (devalues them in some cases).

Reversing unfortunate modifications can be as costly as repairing issues of wear and tear.

Probably the costliest risk area in any Pantera is the transaxle gearbox. It's a sturdy German-made ZF unit, but they have often taken a pounding for years and when they break, they are very, very expensive… 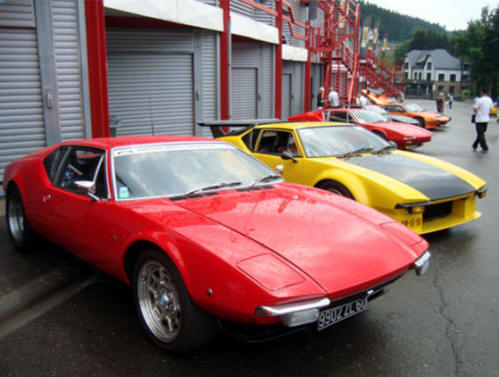 Rebuilt engines are relatively common, unlike with other Italian exotica, because the cost is very reasonable – plus performance upgrades are attractively cheap. There are plenty of specialists who have knowledge and experience with these engines.

Worn suspension can take a lot of the joy and accuracy out of a Pantera's handling, so should be checked for proper maintenance.

Parts availability is generally good, mostly at a fraction of the price that other exotic car parts sell for. Many of the small parts of hardware are common with other Italian cars of the '70s. You just need to be able to identify which company made a part…

Wheels can be expensive, though there are aftermarket alternatives in the correct style, including in bigger diameters. But please don't spoil a Pantera with different designs of wheels… Or a big, dumb wing on the back of a model that shouldn't have one. Too 1980s.

On some Panteras the removable rear boot box has gone, sometimes to make way for an exotic exhaust system. If you want to carry shopping or luggage, you may need to find or fabricate one.

However, with values rising steadily over the past decade, many Panteras have been thoroughly restored and problems like rust, cooling issues and poor fitting parts have disappeared in expensive restorations.

There has been a steady if slow influx of Panteras from the USA over the past twenty or so years, all being left hand drive. Conversions are relatively straightforward.

When looking, it's worth first deciding which model you want. Then, look closely at any cars on the market to see whether they are genuinely the model they appear to be. If you're happy with a GT5 clone that began life as a Pantera L, then that's fine. Just don't assume that a car is what it looks like. And pay accordingly. 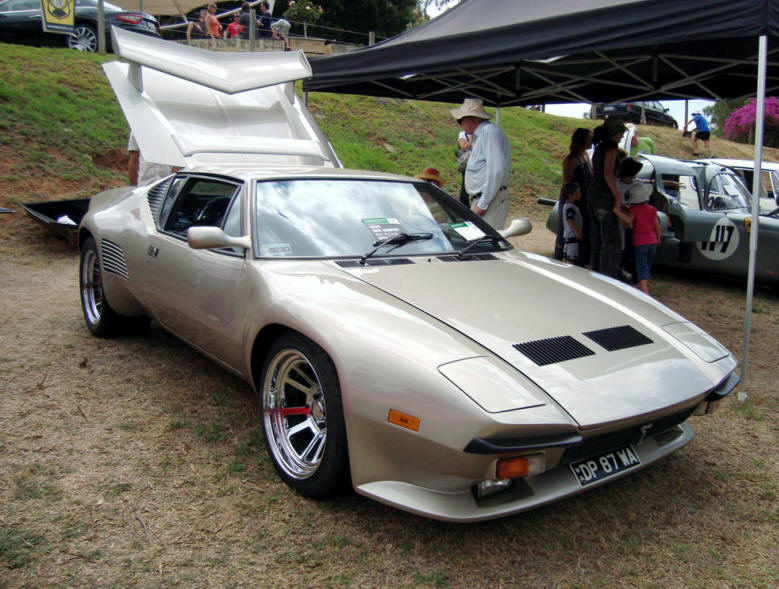 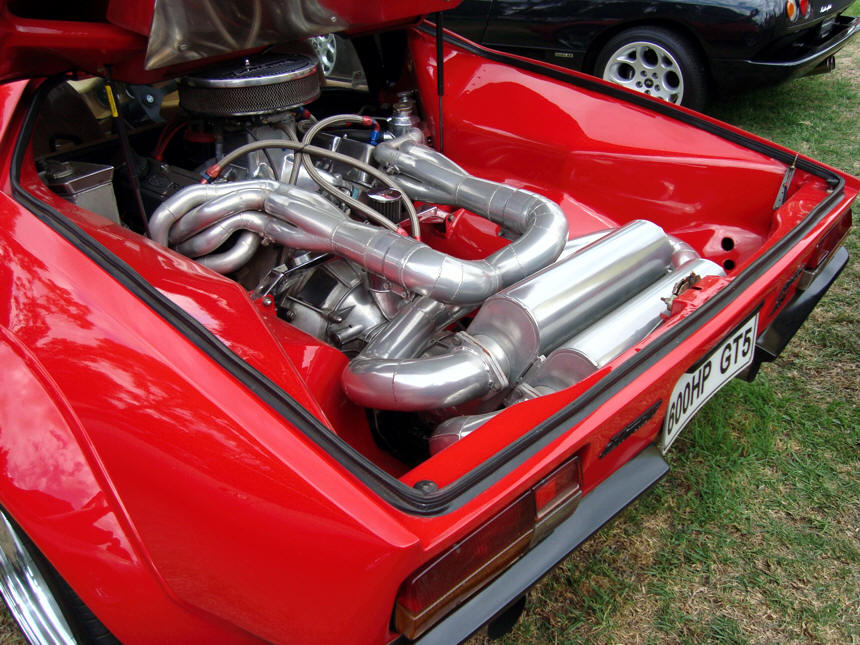 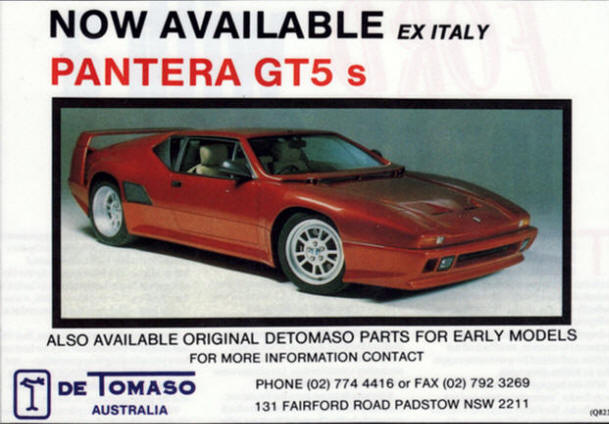 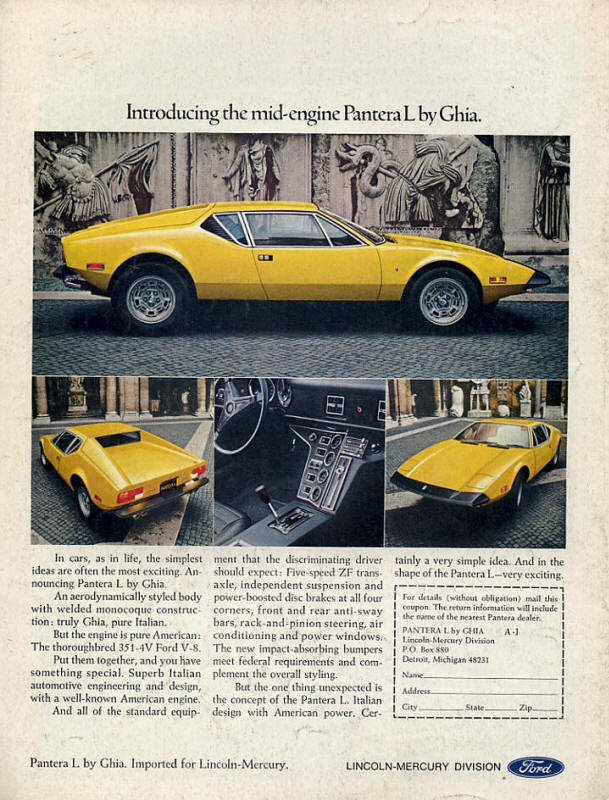