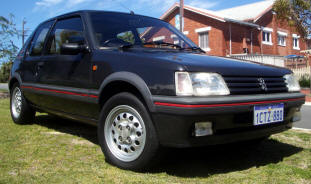 There’d been a lot of lead-up publicity to the launch of the GTI version of the Peugeot 208, much of it making reference to the iconic 205 GTI. How would it stack up? I've owned a 205 GTI, so the comparison would prove interesting.

While there have been other models in between, they’ve somehow lacked the punchiness and verve that the original 205 GTI had. While they’ve been good to drive, they haven’t cut it in the same way the lightweight, big-engine original did.

I’d already driven the more everyday models of the 208, and even enjoyed the little 3-cylinder version. There’s some clever design in the 208, all of which is carried over into the GTI.

As is the feeling of quality of construction... While the old 205 was a solid enough car, there was a pretty flimsy interior and the GTI felt like a fast version of a cheap car. Not so with the 208 GTI, which feels beautifully screwed together throughout. 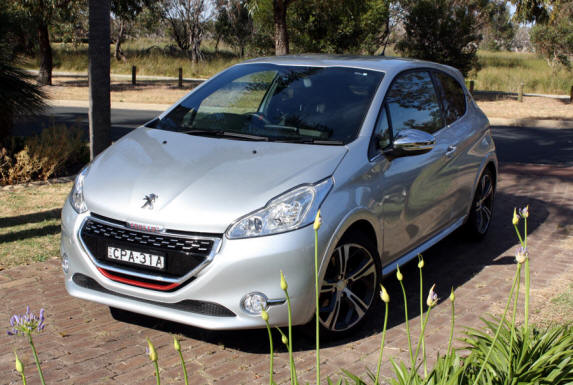 The tight feeling helps make the sportiest 208 feel like a proper, fun hot hatch. It’s not just power which makes a hot hatch a winner (and the 208 GTI has plenty of that too), but an overall feeling like it’s a car you want to throw into a corner and accelerate out, grinning all the way.

The steering on the 208GTI is quite remarkable. You often hear of cars described as having go-kart steering, but I’ve never experienced a road car which gets as close to that description as this car. The very small steering wheel (more on that later), is a part of this, but there’s a quick rack and excellent feel to the power steering.

This car turns in fantastically. It grips well, except when wheelspin isn’t completely checked by the electronics, and is pure fun to throw around corners and bends. The 147kW, 1600cc turbocharged engine is shared with the (heavier) Mini Cooper S and gives the little Peugeot a 0-100km/h time of 6.8 seconds. And it’s fun all the way. At any speed, there’s plenty of power available, and the 6-speed gearbox is a pleasure to use.

Externally, the GTI gains a subtle body kit, big 17-inch wheels with low-profile tyre and some additional decoration in areas such as the grille (impossible to get water out of after a wash). It’s not too over the top, but clearly not a poverty model.

Inside, all the 208 series models excel. Not just in excellent build quality and good equipment levels. There are good stylistic and ergonomic details. The main one, which weirdly has received criticism from some areas of the press (people who think Camrys are lovely), is the small, low-set steering wheel. The idea is that the driver looks over the steering wheel at the instruments set high on the dashboard.

I can’t tell you how many cars I have driven where the top of the steering wheel blocks the view of the tops of the gauges. Annoying, poor design. The 208 overcomes this altogether. With power steering in almost every car these days, large diameter steering wheels can become a thing of the past.

Even Peugeot’s excellent new mini SUV 2008 has this interior design feature and I’m at a loss to understand why anyone wouldn’t like it. Maybe drivers who like old Nissan Patrol 4WDs would find the change too much to bear… But I have no idea why anyone else wouldn’t like it. More cars should be so designed - but sadly it may remain a Peugeot aberration.

The instrument surrounds glow red (blue in lesser 208s) and the glass roof has hidden surround lighting. The big centre screen, a cool little iPad-inspired unit isn’t entirely intuitive to use, and is the centre for lots of the car’s operations. Sat Nav is standard in the GTI. There are some tasty flourishes of red in the dash and doors. There are lots of nice little details to surprise and delight.

At $29,990 its main opposition would be the $2000 cheaper VW Polo GTI, or the Renault Clio RS (30,990), which is closer to the 208GTI in specifications. I’ve driven the Polo and while it is a great fun little car, I think the Peugeot pips it. The Clio on the other had, hand-built in the Alpine factory at Dieppe, is a pearler.

The 208 is quick, nimble and well equipped. Anyone who gets behind the wheel of a new 208 GTI is going to be impressed. After a week with it, I was disappointed to hand it back. Yes, it’s a worthy descendant of the 205GTI. 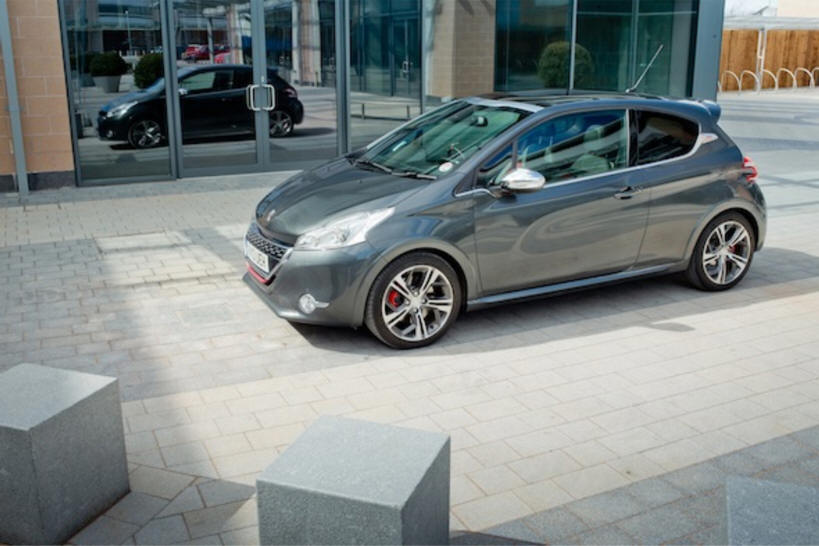 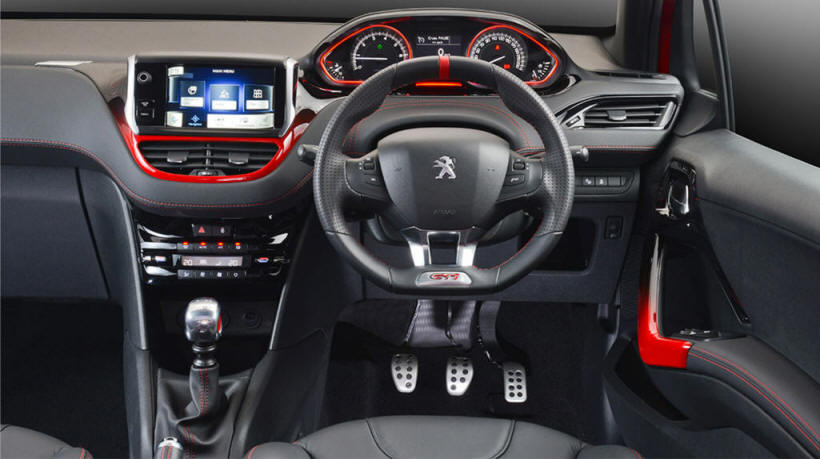