Remember the early Porsche 911s? Truly great cars, but they demanded a whole lot of compromises from their drivers. What a difference a few decades make!

Porsche persevered with the original 911 until well after it planned to drop the model. Strong sales demanded the rear-engined model remain in spite of its inherent issues and it outlived planned replacements. 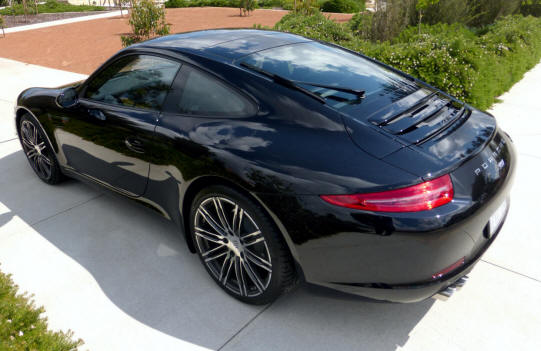 The idea of ergonomics was unknown when the first 911s were released in 1965. And right through to their ultimate version, the 993 series which finished in 1990, there were problems in this area. The cabin was cramped, but liveable. The driving position had you taking offset pedals, (front wheelarch intrusion), a crooked-set steering wheel – which was so close to the top of the instrument cowl that you couldn’t wear your big diamond ring for fear of knocking the sparkler out, and switches added wherever they might happen to fit, or not. And they were often tiny, plasticky switches. Like the bendy plastic internal doorhandles that a Trabant would have been embarrassed by. That said, the overall build quality was always exceptionally high. Floor mounted pedals reminded ex-VW Beetle owners of home, but did nothing to make the often difficult clutch operation any easier.

Handling could be ‘entertaining’ if you think snap lift-off oversteer taking you tail-first into the bushes is fun. But it did give a driver a heightened sense of achievement for getting it right. And they could be a potent performer with their magical air-cooled, flat 6 in the back. Brakes were always really strong though there was no feel whatsoever to the brake pedal.

But did any of that stop anyone buying a 911? The purists may think not – because they can overlook such things, but the reality is that lots of people found the compromises too much. Many a first time 911 driver simply found it a challenge to move away from being parked. It may have been a convenient way to ensure the wife never drove your Porsche, but it did limit sales. 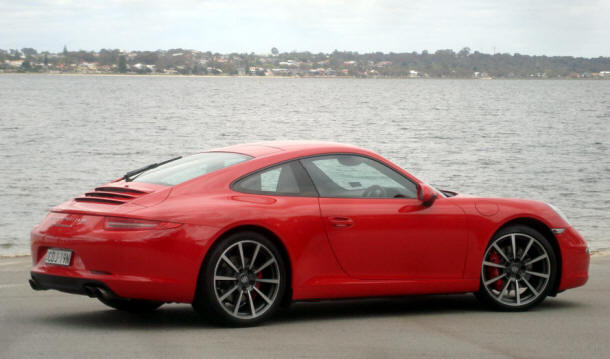 While they look closely related, today’s 991 series of 911 couldn’t be further away from all that. Through the generations Porsche have grown the cockpit and the latest iteration benefits from the wheelbase being extended by the proximity of the front wheels being moved forward. The cabin feels noticeably wider too which is welcome. There’s no sign of the ergonomic nightmare of years long past either.

The interior is a vast step forward on the last 997 generation too. Gone is the flat centre console, gone are the cheap plastic steering wheel toggles for shifting the PDK gears. Closely related to the Panamera interior, it’s very stylish inside even without the plethora of ‘design’ options.

There are six instruments in the overlapping dials, plus an additional screen among the gauges which can show everything from phone details to tyre pressures to the Sat Nav map. The tacho sits centrally.

Outside, there’s no doubt of its heritage. 911 distilled to a new, sleeker, soother form. Moving the front wheels and windscreen forward make a huge difference. Any hint of stubbiness and too much front overhang that previous models have had is now gone. There’s a touch of the old 928 at the rounded back - and the elongated tail lights are very elegant. A slight crease from the sides of the roof down past the miniscule engine lid is a nice styling detail. It’s a very well resolved styling exercise.

So we’ve established it’s a good looking car and you can get properly comfortable in it. What you really want to know is how it drives…

Start the car with the Porsche-shaped key and it gives you a little rev from the back, with the very familiar Porsche flat-six sound. The dual-clutch PDK car I drove can be driven just like any automatic car. In automatic mode it takes off very smoothly, accelerates crisply through the gears and responds very nicely. Stand on the accelerator and whenever the tacho needle gets to 4000 the 991 comes into its own. The engine note deepens and changes from a growl to a roar and the rich power comes on with a rush. Quite an intoxicating rush... The factory says 0-100km/h takes 4.4 seconds – but if you shell out for the optional Sport Plus pack, that tumbles to 4.1 seconds.

The 7-speed PDK sometimes spends a couple of seconds shuffling the cards as you come to a halt in traffic, but not as obtrusively as in some cars with similar systems. The gearshift itself is brilliant. Quick and smooth, with additional features like kickdown to first gear for real action, then after eight-seconds, reversion to full auto mode. The engine has seen some upgrades for the 991. The Carrera S’s 3.8-litre unit now redlines 900rpm higher at 7400 – and it pulls really strongly all the way after 4000rpm.

It always feels well planted, corners very flatly and the brakes are confidence inspiring (plus there’s the carbon brake option for those who want to do the odd track day or mountain pass). There have been rumblings of complaint from some testers about the electric steering. I didn’t find any issues with it. It’s quite light, but communicative, and if you consider that the weight at the back is far more than other cars you might drive, I had no complaints.

On coarse chip roads, which the Australian countryside seems to favour, there’s quite a bit of road noise – enough that my 7-year old son commented. The 20-inch wheels look great, the low profile tyres work well beyond any limit I got near, and it’s a great idea that the front tyres have an extended ridge to protect the rims from errant kerbs.

The ride is very acceptable for a sports car of this calibre. And I think the extended wheelbase has helped diminish the pitching and bobbing front end that older 911s suffer from at times.

There’s an electric parking brake, switch to the right under the dash, which may annoy drivers of manual gearchange 991s (which are expected to be just 10% of Aussie 991 buyers), but again, I found no problem with it in a PDK car.

What I found took some acclimatisation was the gear selection switches on the steering wheel. They operate differently to how other car makers sets theirs up, which took some concentration to grow accustomed to. Both switches operate forward and backward to select gears up and down, rather than one side for each operation. Interestingly the optional paddles operate left up, right down as on other brands of car. Personally I’m not a fan of wheel-mounted gear selection with switches or paddles – I think they should be static on the steering column, not turning with the wheel.

Complaints? Precious few. I need to be able to glance at a clock without having to scroll through anything. There’s, still precious little small item storage space inside, but it’s an improvement. And someone thought it would be a good idea to put illogical sunroof controls in the console, rather than up by the sunroof itself. And the front indicator lights protrude at the most vulnerable places on the front bumper. All small issues, which the next facelift version will no doubt address. 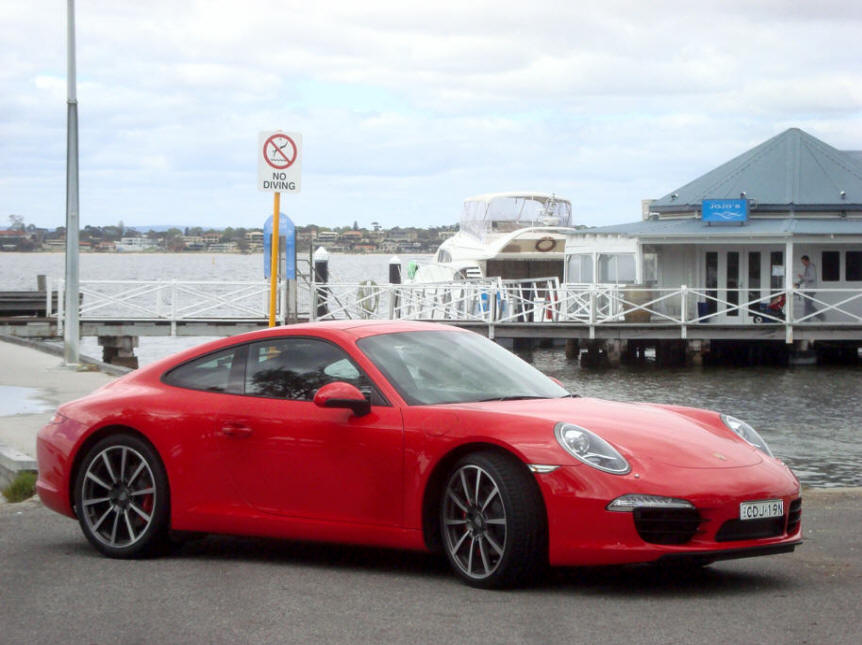 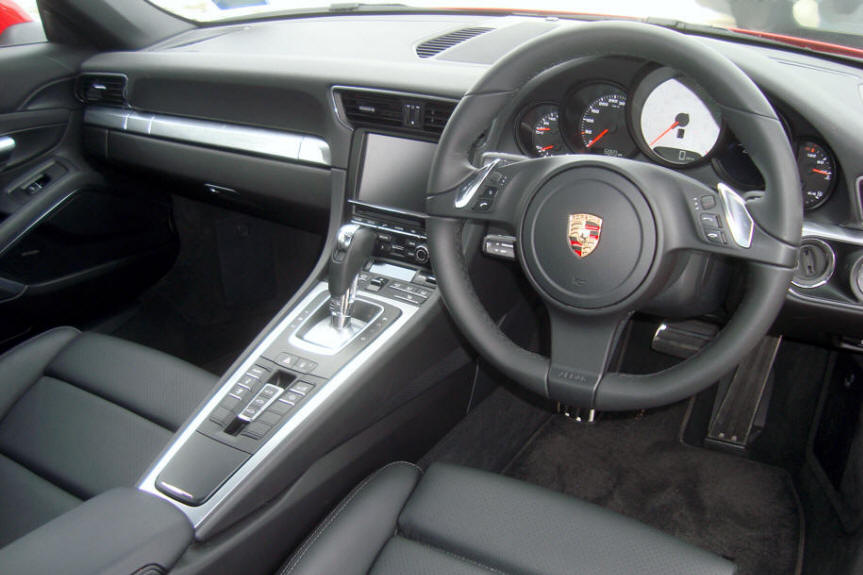 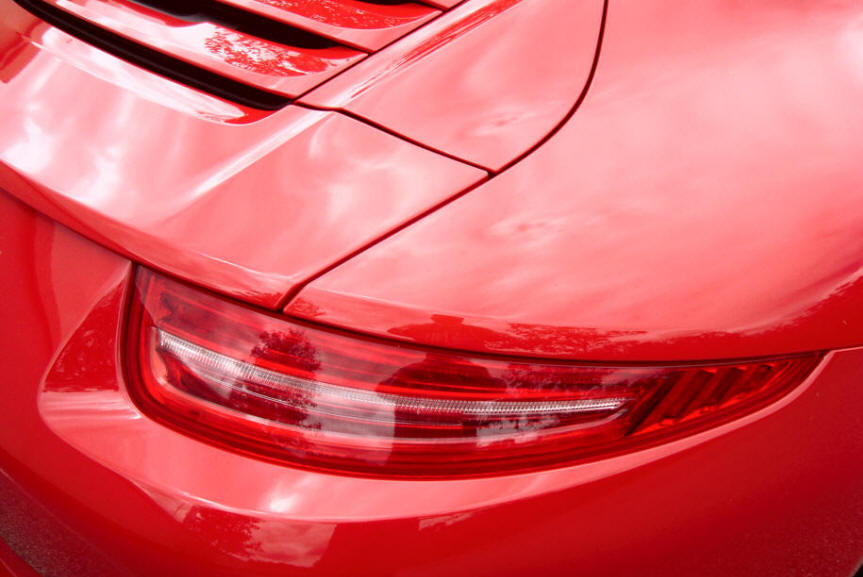 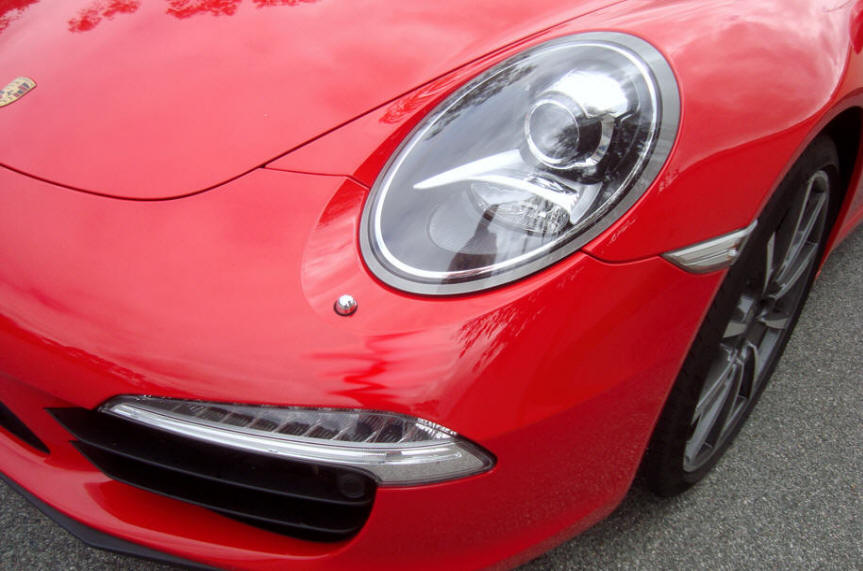 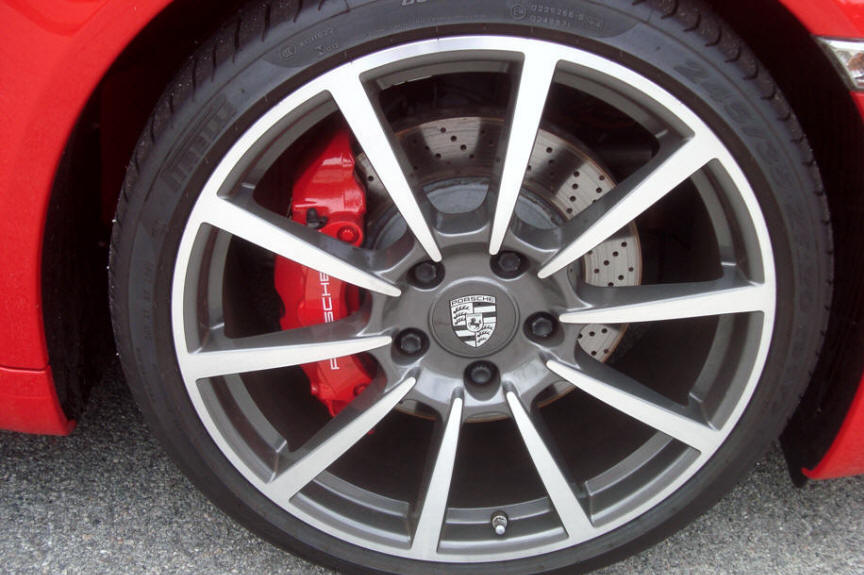