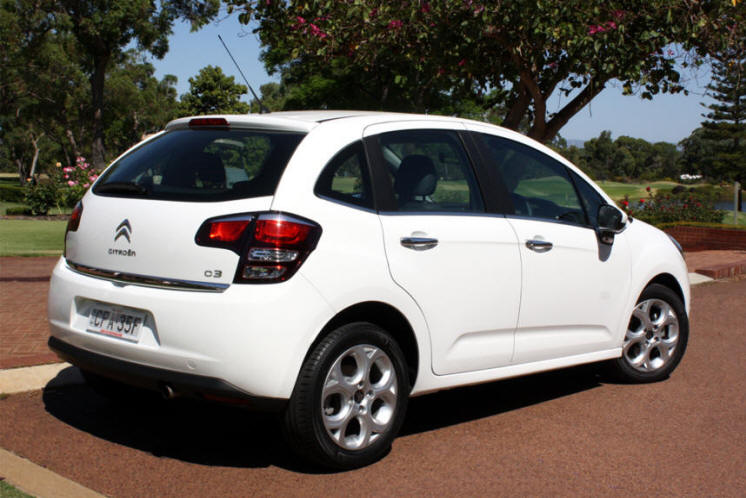 It will be interesting to see whether the updated Citroen C3 will help boost sales of the French marque in Australia. While several other European brands have been increasing their market share, mainly through keen ‘driveaway’ pricing and low start pricing, Citroen has been suffering lately.

There’s nothing at all wrong with the Citroen range available in Australia, and the importers sharpened the pricing last year, but it hasn’t been enough to stop the slide.

The C3 has been a consistently reasonable seller for Citroen, the first model making quite an impact. The latest update of the second series of C3 consolidates what is a neat little car. New engines and updated styling are the key new elements. I stepped into the C3 having had a few weeks in the new little Fiat Panda (which I really liked) and my initial impression of the Citroen was that it was a ‘proper car’.

It sat solidly on the road, felt well put together and had decent performance, things which the lightweight little Fiat didn’t achieve quite so well.

The C3 I reviewed had automatic transmission, which meant it came with the more powerful 88kW version of the 1.6-litre engine. It more than overcomes the loss of performance associated with an auto transmission. The performance was quite spritely.

Specifications have been changed with the update and all C3s feature the Zenith windscreen, which wraps over the roof into where other cars might have a sunroof. This gives the effect of being in a helicopter! At times it takes a little getting used to) especially the ‘floating’ rear view mirror), but I quite liked it. It certainly has a ‘wow factor’ and makes the interior feel enormously spacious.

Citroen tells me that “The angle from the driver’s eye line to the top of the windscreen is a huge 108° instead of the segment average 28°”. There’s a sliding internal blind, with (flimsy) sun visors attached – effectively an extendable roof lining, which converts the car to a ‘normal’ interior. I’ve read a review by someone who clearly didn’t understand that you could slide this into place and thought the car would be much too hot in summer. Ah well, some people are supposed to drive Toyotas and will never understand the design flair that some European cars have…

The car I drove was the base Seduction Automatic version, which also boasted power windows, air conditioning, alloy wheels, six airbags, radio, CD and MP3 player with Bluetooth and USB (with 6 Speakers), cruise control and leather steering wheel – so it’s not so basic...

The manual Seduction has a 3-cylinder PureTech engine as fitted to the Peugeot 208. At $19,990 it’s not the cheapest option in its class, with Renault, Peugeot and Volkswagen offering attractive opposition for less money. Nobody else offers anything like the Zenith windscreen though…

The interior is a clean, modern design boasting a quality level far beyond what little French cars offered a couple of decades ago. The materials, finish and ergonomics are mostly hard to fault. It’s not festooned with knobs and buttons as some new cars are, and the controls are generally intuitive to use.

The front seats are decent and offer good support, accompanied by a very good quality ride – it is French after all… In this area it excels over cars such as the Mazda 2 or Honda Jazz.

On the road the car’s comfortable ride give it a more luxurious feel than some of its competitors, helping set the C3 apart. Handling is also a strongpoint of the C3. Performance and acceleration are more than adequate, though it’s no hot hatch. And the old fashioned 4-speed automatic isn’t sporty at all.

Boot space is class leading, but the glovebox is probably the smallest….

The more upmarket Exclusive version ($24,990) gains sat-nav, 17-inch alloy wheels, rear view camera and a more luxurious cabin fit out.
Overall, while I enjoyed my week using the C3 and found nothing serious to be critical about I came away feeling that the car did nothing to advance the cause of the small car. It was competent, pleasurable and did everything asked of it, but it didn’t excel or expand new boundaries in any area. Do you recall how a Citroen GS (1970-80 and to ‘86 as the GSA) was light years ahead of any other contemporary small car in so many ways – dynamics, ride, space efficiency, technical sophistication, aerodynamics, etc, etc. The same can’t be said for the C3… It is just a nice little car. 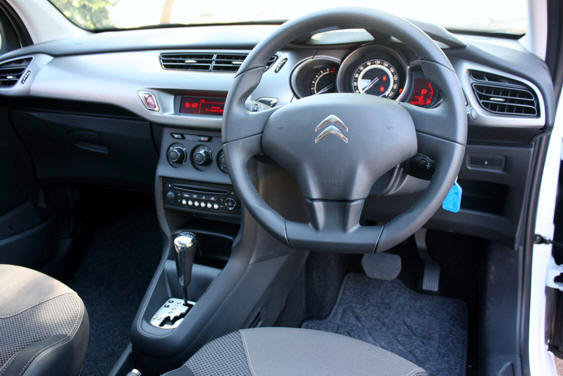