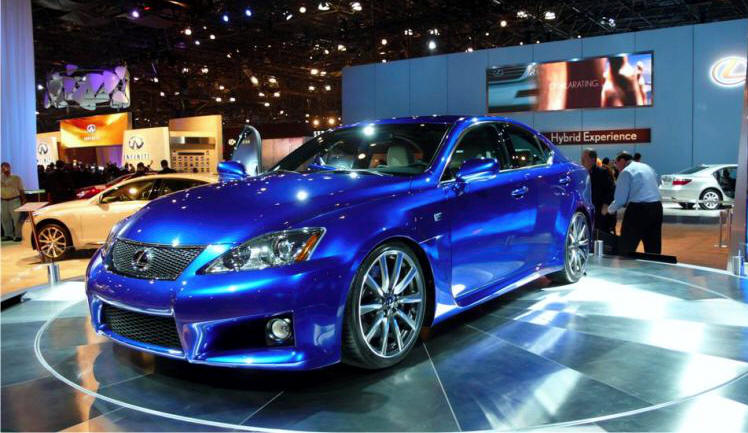 With the success that Lexus competitors Mercedes-Benz and BMW have enjoyed in recent years with their respective AMG and M ranges of sporting models based on their sedans, it's not surprising that Lexus should see fit to join the fray. Their first effort is the IS-F.

Based on the volume selling 'small Lexus' the IS, they've turned an effeminate and pretty bland sedan into a bit of a fire-breather. In place of the adequate but hardly exciting standard 2-litrew and 2.5-litre engines, is a specially-built 5-litre V8. Whilst this engine is loosely based on the V8 seen in larger Lexus models, the IS-F motor is largely a specially assembled unit with many changes specific to the F. And it's the jewel of the crown of the model. The engine is an absolute gem, which provides brilliant performance - on which more later...

Visually the F gains upgrades in keeping with its sporting nature - a different front bumper-spoiler, side-skirts which stylishly morph into lower front guard vents, a subtle boot spoiler and deeper rear apron with aggressive looking stacked quad exhaust (which everyone notices but on inspection pretty quickly comment that two of them are fakes...). The big diameter alloy wheels look sharp and suit the car well. The hugely bulging bonnet is obviously a necessity.

Inside there are all the hallmarks of cars in this sector of the market - nicely trimmed properly supportive seats with extra bolstering and a beefy grip to the steering wheel are among the features. 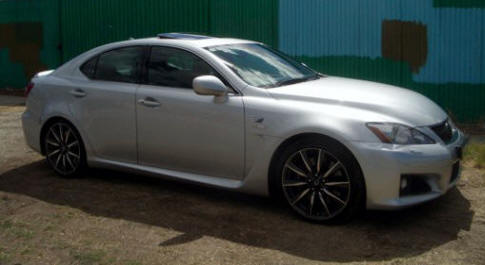 The ride is somewhat jouncy - all the time - probably expected and to a degree acceptable in an overtly sporty car, but other makers have resolved this better. The handling and roadholding though are of a exceptionally high standard, giving the driver great confidence. The brakes too are excellent.
And now, to the greatest strength of the F - its performance. The 5-litre V8 is mated to Lexus' exceptional 8-speed automatic transmission, which can be manually over-ridden in two ways. Unlike many makers whose manual-shirting automatics change gear whenever the car is ready, regardless of driver input (in my mind, a complete waste of time), Lexus has got this right. Well, almost right... It revs (beautifully) to the redline, when a chime sounds just before the rev-limiter cuts in. You, the driver has to change up - yay - that's how it should be.

This engine makes the most magnificent sound. When tootling around town, the deep V8 burble tells people there's something special under the bonnet, but it's quiet in a Lexus kind of way. Press on a bit and a second, more enthusiastic sound emanates from the engine bay. But when you really get up the IS-F Jeckyl becomes Hyde in the very best way. An awe-inspiring induction roar and thundering exhaust noise are the mark of the brilliance of this motor - and the performance matches it rev for rev. 0-100km/h is despatched in 5.7 seconds. As the Lexus flicks through the gears with a beautiful precision, it sounds like a racing Maserati of the 1950s. And feels faster - which it is.

The only problem in all of this is the flippers for the gearshift. They're mounted in a fixed position behind the steering wheel, which makes them completely useless when turning the wheel. Lexus does offer a good alternative though with back and forth movement of the gearstick.

While the only real competitors for he IS-F are the AMG C63 and BMW M3, and both of these are more expensive than the Lexus, both also provide considerably more performance, which really is what these sorts of cars are all about. Probably the price difference is not enough to persuade anyone into the Lexus, and the AMG and M names carry a cachet that the Japanese maker simply can't match. As a small, high-performance luxury sedan, it's a pretty hard car to criticise. If the competition didn't exist, the IS-F would be considered a world-beater, and as brilliant as it is, we have to damn it with faint praise in saying it is an excellent first attempt. 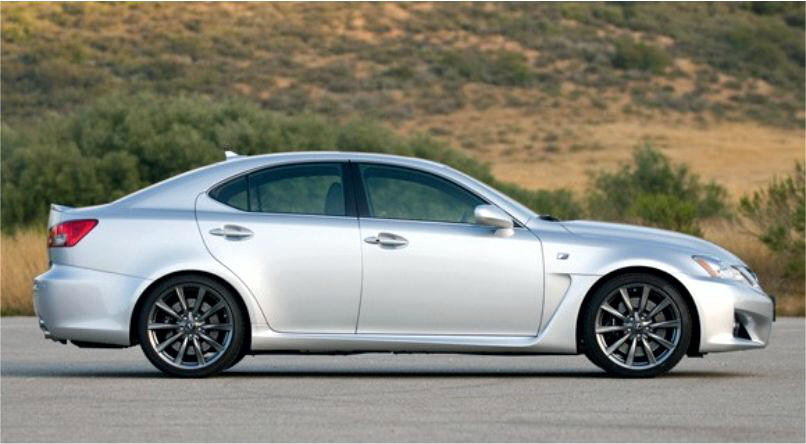 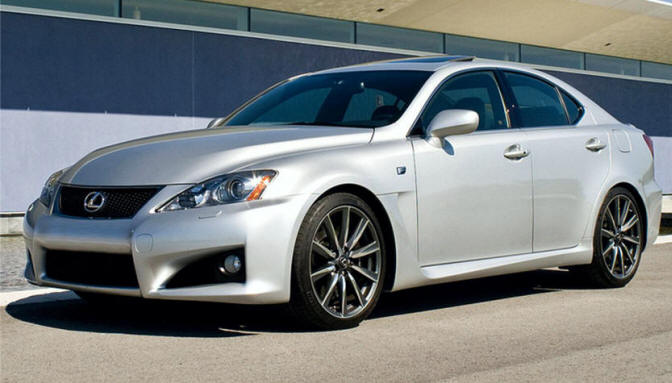