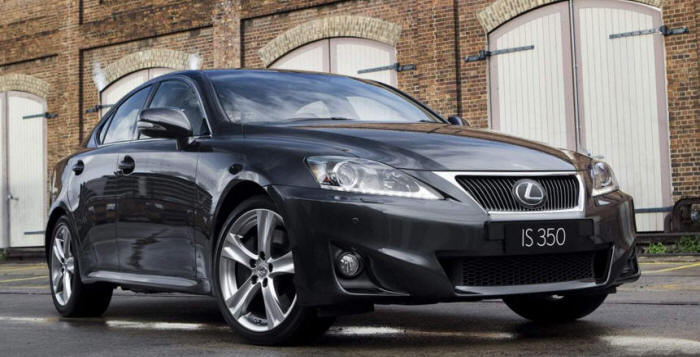 Lexus’ current IS shape has been with us a while now and the model has continued to evolve. Initially the 2.5 litre 6-cylinder was the only engine, and this was supplemented a little later by the monstrously quick and impressive IS-F, sporting the big V8 from the largest Lexus model – but that’s really a specialist model selling in tiny numbers.

Next came the convertible version of the IS250, which has received a mixed reception in Australia as a not-quite-anything car. It’s good, but not great.

The latest iteration is the addition of a bigger, 3.5-litre engine, along with a swag of minor upgrades across the IS range. What a difference. The IS350 is what the model should have been all along. It’s sure to bring a lot more buyers to the Lexus marque.

The lusty engine transforms the compact Lexus and allows the competence of the chassis to shine through. The IS250 was always seen as a poor choice in relation to a BMW 3-series, but the IS350 redresses the balance.

We tested the Sports Luxury version, which includes a set of upgrades including different suspension settings, low profile tyres on bigger, 18-inch alloy wheels (tastefully finished in a dark grey metallic, which often looks ungainly, but suits the Lexus well), a body kit which includes and aggressive looking a low front spoiler, body-hugging sports seats and a number of other decorative differences inside. 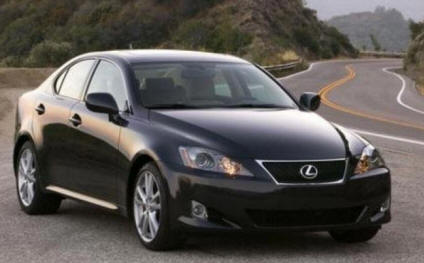 On the road, the nicest aspect of the IS350 is its performance. It’s not the in-your-face performance of the IS-F, but there’s always plenty of power on call to get you through traffic. When you want to push the car along a little more, it responds very well… The paddle shift actuated gearshifts work as they should in a sporty car, allowing the driver to take the car to the rev limiter, without the car shifting up by itself. All credit to Lexus for that.

In fact, when it’s being hustled along a bit is when the car is at its best – and quite rewarding.

While the tyres are very low profile and grip pretty well, they have a very road-car type of tread pattern and become quite noisy when cornering even when cornering moderately hard. I imagine that with a set of grippier rubber, there would be a big improvement to be enjoyed.

It took me a while to find a comfortable driving position, but the driving position offers a good range of adjustment (electric steering column adjustment, partial electric drivers’ seat) and the seats feature excellent side bolsters. Eventually I got it right and then after a couple of hours continuous behind the wheel I could climb out of the car feeling fine.

As a country cruiser the IS350 proved excellent, its easily accessible acceleration being a boon. But if you put your foot down it does like to drink fuel… But I suppose you pay for your pleasures.

It’s a bit limited on space for loose items in the cabin, with just a narrow console box and flip-out door pockets in addition to the glovebox, Rear seat accommodation is moderate, but acceptable, and the boot space is quite alright. Unlike with the comparative compact models of BMW, Mercedes-Benz and Audi, there’s no wagon version of the IS on offer.

So how does the IS350 stack up against its main competition? Starting at $64,800 to $81,300 for the range topping version as tested, its pricing sits a little lower then the opposition. There’s no doubting it is a good drive, is very nicely built and well equipped… as are the German trio it’s up against. Then it probably comes down to the question of how important the brand name is to a buyer. 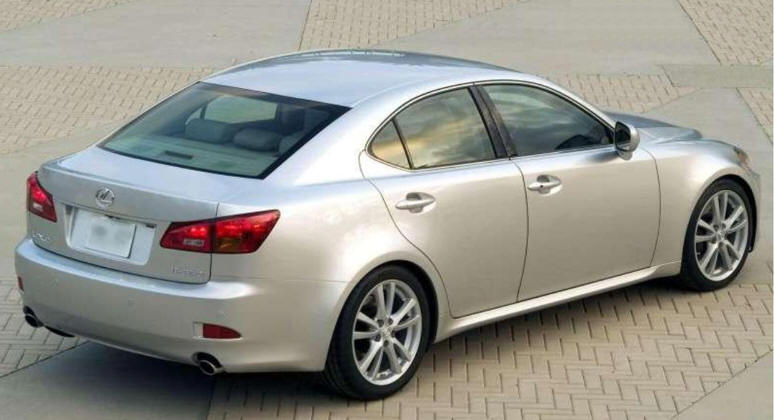