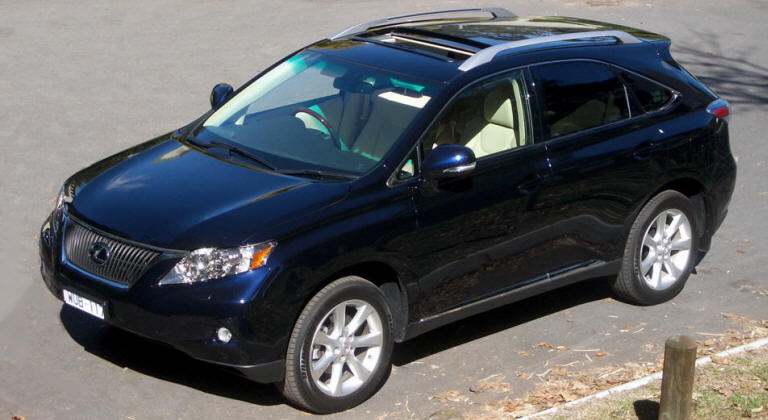 The latest in the line of Lexus SUVs is the new generation RX. As one might expect, the latest iteration has grown a little, and is better specified to boot.

Styling of the NG model breaks no new ground, and in fact a few people were unaware it was a new model while we had the evaluation vehicle. Nonetheless, few could be offended by any aspect of the design from an aesthetic viewpoint. But it's no work of art.

Being a Lexus, there's an expectation of a high level of comfort, and in this area the RX350 does not disappoint. Three levels are offered, and we tested the top of the line Sports Luxury. There's not really anything to hang the Sports name on, but little in the way of luxury is missing. The electrically adjustable, leather trimmed seats are very comfortable, and feature heaters (thoroughly enjoyed on some chilly winter nights). Cooling of the front seats is also offered (too cold to be tried). The rear seats also have a decent level of adjustability. The steering wheel is electrically adjustable, and in this model features a combination wood and leather rim. The wood colour matches sections elsewhere inside.

The centre console sits quite high - with a storage tray underneath - and the gear selector is set on an unusual angle, but at close reach. A deep storage box beneath the centre armrest is the only other storage space aside from (deep) door pockets. Nowhere easy to sit a phone, PDA or other such items.

Lexus has updated their computer and navigation system, changing from the touch-screen to a console mounted mouse. Generally it's a good system, with easy to follow logic. One excellent feature which I'm pleased to see is spreading to more cars, is the Head Up Display, showing speed, navigation instructions and other important information projected onto the lower windscreen.

A rear view camera and side camera, showing the kerbside of the car for parking are also useful features.

Driving the Lexus underscores the brand's philosophy of providing an exceptionally smooth and quiet experience. Sound deadening and exclusion is exemplary. When pushed, the engine is audible, but not obtrusive. But while there's reasonable performance offered by the 3456cc V6 engine, it is no powerhouse. But that said, buyers of this vehicle are not likely to be those looking for a high performance machine. Same goes for the handling - it's fine, but that's almost irrelevant to most potential buyers. At over 2 tonnes, it's no lightweight. And this shows in the fuel economy. For those so inclined, there's a hybrid version on offer, which gives much greater economy.

Perhaps the most disappointing aspect of the RX350 is the boot. It's way too small. Aside from the steeply sloped rear window limiting room up high... with a full size spare wheel (a $1000 option), the floor has a raised deck, making the boot floor higher than the bottom of the tailgate. If carrying capacity is a priority for you then this probably isn't your car. The only other option, by the way, is a $3000 Mark Levinson sound system.
But for comfort, luxury and cabin space - as well as superior build quality and finish, the RX350 excels.

Some months later, we tested the RX450H - the hybrid variant. For about $7000 extra over the equivalent RX350, the hybrid version adds battery pack and two electric motors, plus a swag of additional technology to make the whole deal work. It changes seamlessly from electric to the petrol engine running, but virtually all your driving time the V6 engine is working.

Interestingly, this model is front wheel drive unless conditions require additional grip from the rear wheels, which is provided by electrical power only. It has a smaller fuel tank, but weighs an additional 150kg over the purely petrol version. The other major difference is the CVT transmission fitted to the hybrid car. While it takes some getting used to if you've never experience Continually Variable Transmission (sounds like a slipping clutch), it does suit the car well.

There's a very useful boost in acceleration available (it's fractionally quicker in the 0-100km/h sprint than the RX350), however there's the catch. Would a buyer of this car want it for the economy it offers, and drive it accordingly, never making use of the performance it offers? Does the buyer of a $100,000 car be very worried about economy? 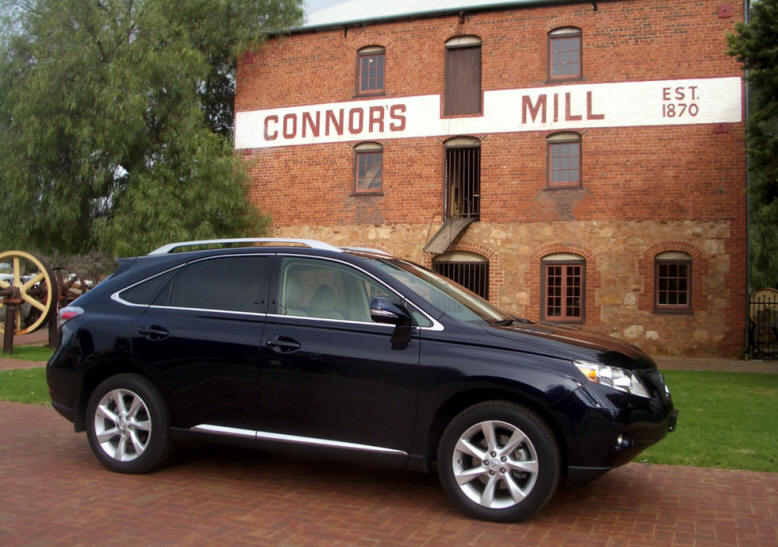 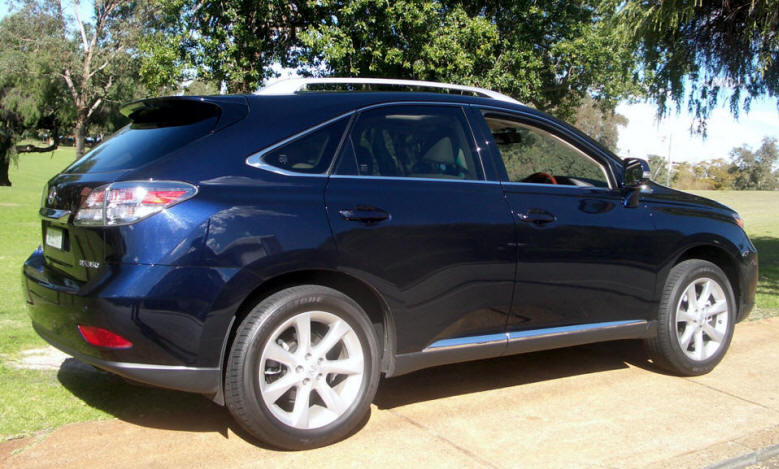