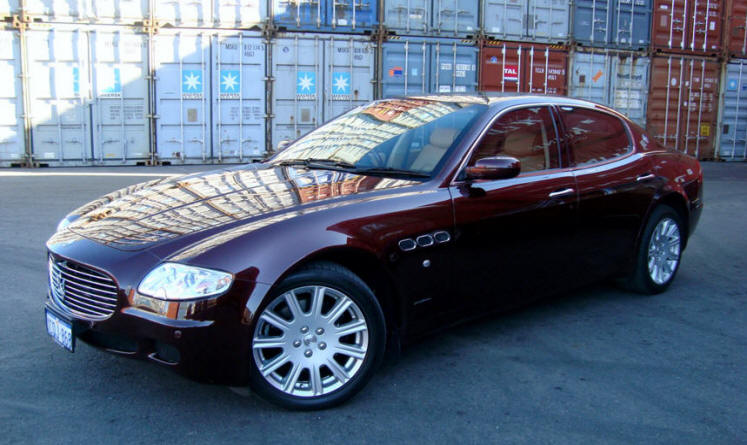 Now in its fifth generation - each of which has owed nothing to previous models - Maserati's luxurious Quattroporte has met with unprecedented success.

There's little doubting that it's a beautiful piece of machinery, both aesthetically and technically. As the market has opened up in the Quattroporte's field, with Porsche's very competent but incredibly ugly Panamera and the incredibly svelte Aston Martin Rapide at the other extreme of styling, they tackle the older Italian head on. Whilst their prices vary, and the Maserati and Porsche come in several versions, they're aimed at the same lucky buyers.

The current Quattroporte has been such a success that it sells more annually than every previous model put together. Maserati has had time to refine the Quattroporte since its introduction in September 2003. The biggest change came in 2007 when the car was re-engineered to take proper ZF automatic transmission, having originally only had Ferrari-based rear-mounted gearbox with gearshift by steering column-mounted paddles. This necessitated major changes to the floorpan. But it was worthwhile given that most of the market for such cars really demands automatic transmission.

Upgraded engine specs have come with model changes, the hottest of which today provides 323kW - sufficient to propel the 2.4-tonne sedan to 100km/h in 5.1 seconds. The glorious sounding V8 engine is an absolute gem, especially from 4500rpm where the rich stream of power comes on strong. When pushing along this engine is clearly the heart of what makes this a great car. It really provides supercar performance and exciting acceleration. It's a rare pleasure to drive a car with so much performance - and handling and braking to match, that can comfortably seat four adults. 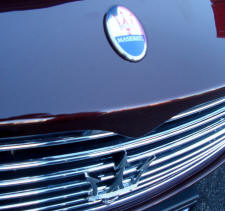 And very comfortably too... Luxury is what the Quattroporte is supposed to provide, and it excels here too. The standard equipment list, even on the 'base' model is impressive. And when spending $300-odd thousand, you'd expect it to be pretty comprehensively equipped... There's chilled drink holders, TV, electric assist boot opening and closing and even the front passenger seat can be electronically adjusted by the rear seat occupants. Options include a rear-seat entertainment system with TV screen, adjustable and heated rear seats, a fitted luggage set and a vast array of trim and colour options.

The recent update also sees subtle styling changes along with specification upgrades. A revised centre console layout is prime among the detail changes inside.

If you're in the league of buying a car of this nature, and a 2-door car just doesn't work for you - and the idea of an expensive SUV just doesn't cut it, the Quattroporte offers a pretty intoxicating package. 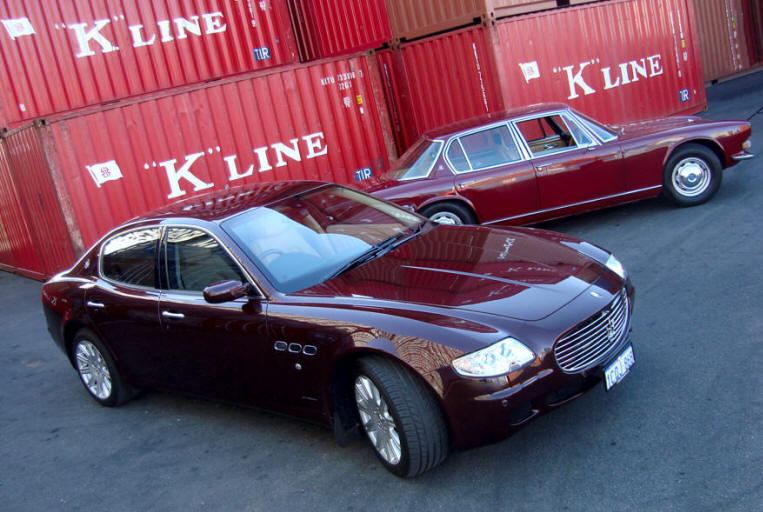 Above: With the original 1960s Quattropporte 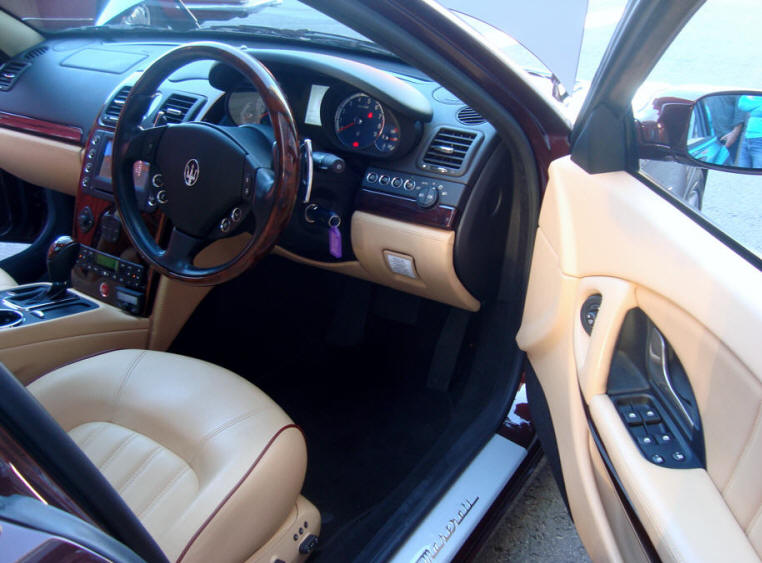 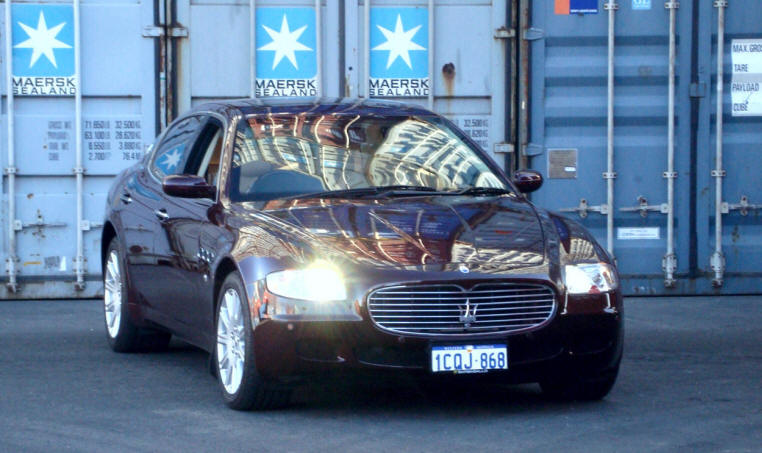