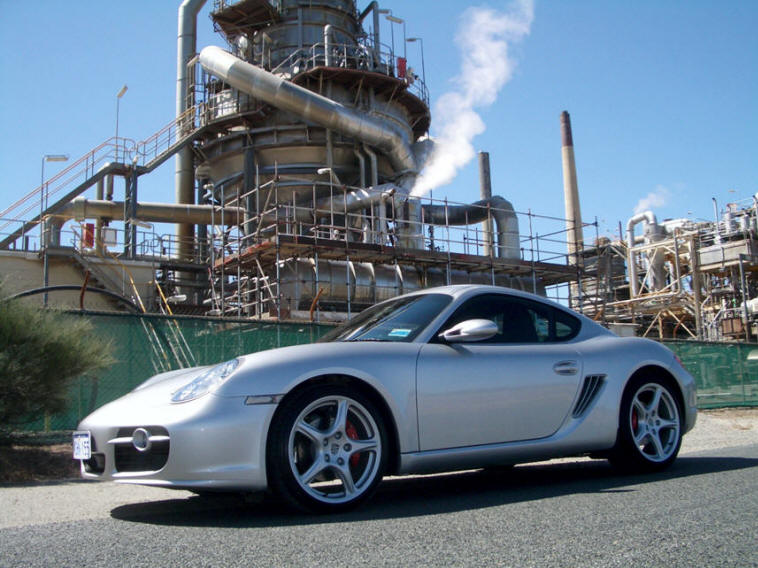 The Cayman heralds a new direction for Porsche, being a coupe significantly less costly than the legendary 911, but in most respects, no less capable.

Sharing many of its components with the Boxster, the Cayman has received rave reviews around the world since it’s launch. I tested the high-spec S version, with the bigger 3.4 litre engine (the 2.7 costs $118,000). Performance is certainly not lacking!

The 0-100 km/h acceleration time of 5.4 seconds tells you this is a real performer, the mid-mounted boxer engine giving off a very addictive thrum as it’s pushed through the gears. Handling is exemplary, with low profile tyres on huge wheels and an electronic stability system for those who try too hard.

Confidence-inspiring brakes are a part of the package, and something for which Porsches have long been renowned. Pushed hard, it responds like a Porsche - and that's something which is a real pleasure.

Small boots front and rear allow moderate luggage carrying, and the 2-seat cockpit is made to fit and well equipped. The exquisitely complex drink-holders are examples of the engineering Porsche are famous for. Build quality and finish are to the very high standard that buyers have grown to expect from the folks at Zuffenhausen. However, like the Boxster, it's actually built in a plant in Finland, by Valmet. But don't let that put you off...

It is as tight as a drum to drive, a characteristic that Porsche buyers admire and enjoy.

The Cayman is different enough looking to the 911 to have its own character, even though it shares many parts across the Porsche range. At a lower price point, with significant technical differences to the evergreen 911, the Cayman will carve a niche for itself in the same was the Boxster has.

The new model is sure to be a success, both as a (relative) volume seller and a stepping stone for many buyers to the more expensive 911 series. 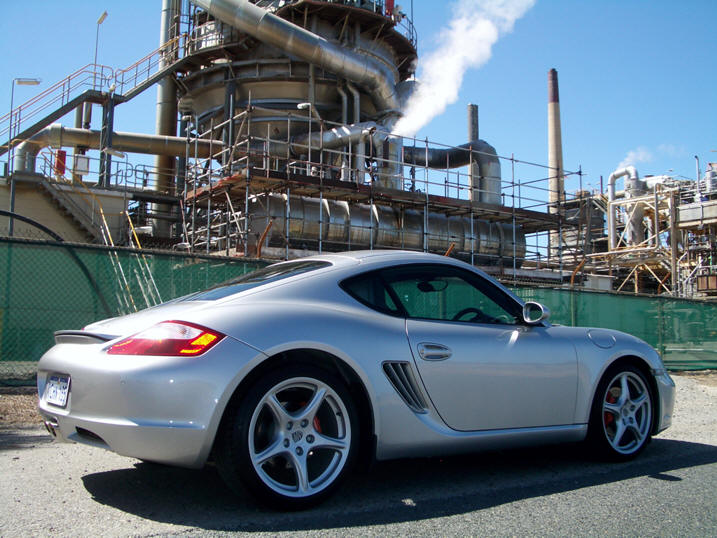