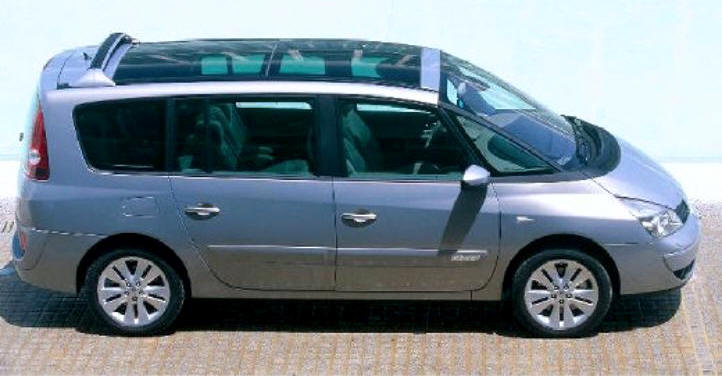 Here's something a little different. The Espace is now in its fourth generation - the original was the first of the People Movers. It's always been a modern design in each iteration, and not a conversion of a commercial vehicle like almost all its opposition once was.

This latest version has been on the market in Europe for a few years now, and is till the market leader in terms of comfort and design, though others are rapidly catching up. A slightly updated version was launched in 2006. Renault markets it as an upmarket luxury vehicle rather than a family car. It enjoys an easy to absorb version of Renault's current look, which is less testing than the Megane for example, and very attractive to many eyes.

Two sizes are made, the 'normal' Espace and a 7-seater Grand Espace. Engines offered range from 2-litre 4-cylinder through to 3.5-litre V6 petrol units plus a 1.9 and 2.2 litre turbo diesel 4-cylinders - and a 3-litre V6 diesel. In it's home country more than 50 percent of new cars sold are diesel, and with a large vehicle, it makes good sense. Our test vehicle was the mid-range 2.2 turbo diesel. 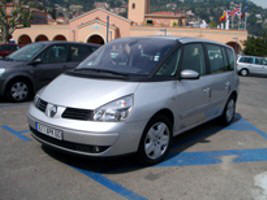 Like most Renaults, the Espace scores a 5-star NCAP crash rating. Aside from a plethora of airbags, it's a very well equipped car. There's all the power assisted items one might expect (the top of range models being excessively well equipped). The seats slide, fold, lift out and perform acrobatics, while still being very comfortable, even the rearmost ones (when many cars' 3rd row seats are awful).

The centre row of seats can be fitted rearward facing, creating a lounge area. There are lots of glove-boxes, cubbies and storage areas throughout the interior.

The electric handbrake is novel, but works very efficiently. The electronic instrument readout works well and helps give a space-age look to the interior. On the front doors, separate temperature controls for each side contain LED readouts. The interior design, styling and flexibility are the most outstanding features of the Espace.

The Espace drives very nicely too, given that it's a tall, heavy vehicle. The 6-speed manual gearbox is a delight to use, driving position is excellent and the ride is French-car-fine, though ever so slightly choppy at times. Even when pushed hard on tight mountainous roads the Espace impresses, and eventually tends towards understeer, as you'd expect.

It's a shame for Australians that this model is not marketed here. The ask would be very high (it's priced at the lower end of BMW 5-series territory), and maybe too few Australians would want a luxury MPV, the vast majority of sales of similar cars here being as family wagons.

The cool Espace gets a 5-star rating all round. 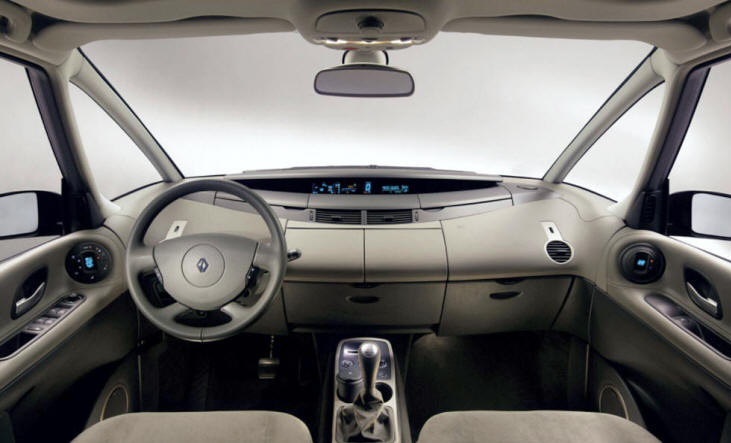