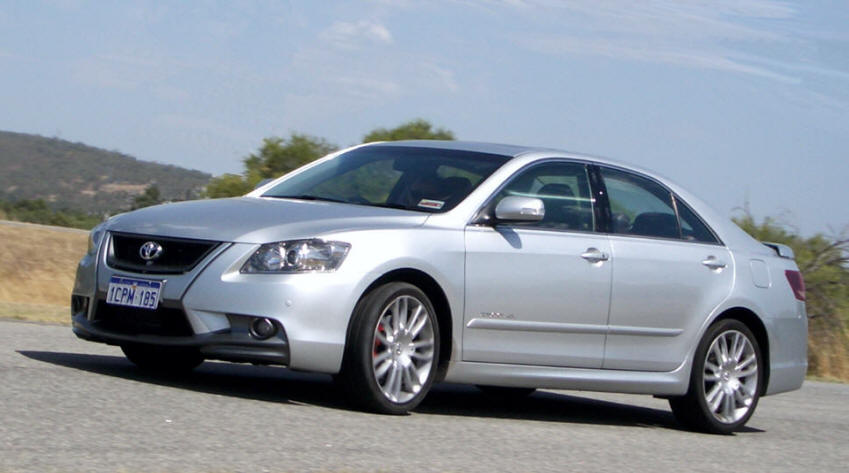 Toyota has had another hit on its hands with the current Camry and Aurion twins, but the company has been keen to expand the appeal of the model and has launched the supercharged Aurion TRD as a range-topping performance version.

TRD (Toyota Racing Developments) has long been a maker of aftermarket performance accessories for Toyotas, with their strongest market recognition being in Japan and the USA. This completely Australian developed TRD model is far more that a bunch of accessories added to an existing model. Extensively tested in Japan and Australia, the upgraded Aurion is very much a fully developed model in its own right.

Testing included the engine doing 100 hours at maximum revs (6400rpm), during which the engine consumed 14,000 litres of fuel!

Many areas have received attention, most interesting of which is the addition of a new type of Eaton Supercharger. The Aurion TRD is the first production car to incorporate this unit. The power output is 241kW, which the car puts easily to the ground via a 6-speed automatic transmission, with lock-up torque converter and artificial intelligence shift control. This goes to the front wheels - the car sitting on attractive 19-inch wheels with top of the range 45/35x19 Dunlop SP Sport Maxx tyres. Brakes and suspension have also received attention.

An aggressive and quite attractive body kit graces the Aurion, which from the front looks somewhat HSV inspired. The interior includes specially bolstered sports seats, changed steering wheel and a few other minor items, but inside, the TRD is more luxury car than sporting machine in both versions offered.

It's an easy car to drive, showing no histrionics under pressure (as you'd expect from a Toyota). Our drive proves it handles the circuit well, with the brakes withstanding punishment well. Acceleration is strong without being brutal and the handling/roadholding balance is very competent. It's quiet inside and you're well insulate from the outside world, even when pushing hard. Sophisticated electronic nannies ensure you keep out of trouble - but battle to keep the torque steer to a reasonable level.

The overall balance of the whole package as a performance car is unquestionably good, but it won't be taking conquest sales from HSV buyers. The Aurion TRD doesn't have that brute force kind of appeal that the Aussie V8s have. Twenty year olds won't aspire to ever owning one. Nor are BMW or Audi buyers likely to consider it. Still, plenty of Toyota buyers wanting more than what a Sportivo offers will be happy to upgrade to a TRD, and they won't be disappointed.

POSTSCRIPT: Slow initial sales initiated a price drop from Toyota. At the end of 2008 Toyota announced that with sales of only 537 cars to date, the TRD model would be dropped from their range. 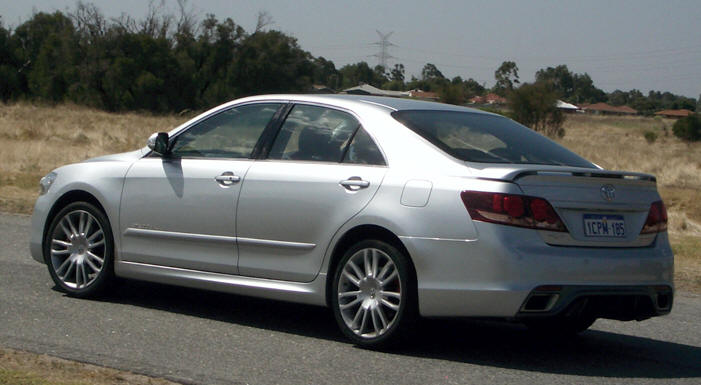