It's the world's most successful Hybrid vehicle, made by the world's largest car manufacturer, now in it's third generation. Apparently Toyota still loses money on every Prius it sells, but the good image that it builds is like money in the bank. I lost count of how many times I was asked my opinion of the Prius in the week I had it for review. Most of the questions were from people with little interest in cars, but keen to know how good it was. While they appeared to be a bit disappointed in my answers, I was a bit disappointed by the car. 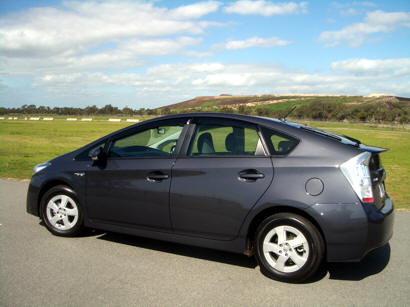 The new Prius is certainly an advance - it moves the everyday Hybrid car goalposts a bit further along. Toyota has answered critics' comments about battery life by giving an 8-year battery pack warranty. The new model has more features, is more advanced and an all round better driving car. But it's still too expensive and there's still too much hype about the car. For example, on the high centre console is a button marked EV. This is for driving in purely electric mode. Sounds great in the advertisements. Seems like a brilliant idea, saving energy, reducing pollution, et al... But try using the car in EV mode and you virtually can't.

Say you want do drive away from a set of traffic lights in EV mode. If you brush the accelerator pedal ever so gently (yes, cyclists are out-dragging you at this point) and you can get to about 25km/h before the petrol engine cuts in - Toyota claims it happens at 50km/h. On flat ground. If there's a slight incline to tackle, you can't even get to that speed. Or if the demister is on. Or any of the other 20 reasons why you can't use EV mode. You can't engage it at normal driving speed either. And at low speeds in either of the other 'normal' modes, the car starts off on just electrical power if driven gently anyway. In other words, the EV mode is just hype. Completely useless for normal driving.

So is the rest of the car hype-driven? Well, in most other respects it's a decent little car. The build quality is up to the high standard that Toyota always achieves (even though some of the interior plastics are a bit clacky). It runs fairly quietly, even when the petrol engine is working hard. And in Power mode, the performance is quite good.

The front seats are very good, offering excellent support even on a long drive. The hard and flat rear seats, not so good. The central electronic instrument panel functions well, with a couple of neat tricks. The Head Up Display - road speed projected onto the lower windscreen ahead of the driver is a great feature which will hopefully spread to other cars.

A few small gripes for everyday use: rear vision is blocked by the horizontal edge between the back windows, the rear pillar is unnecessarily big and blocks rear three-quarter vision and the boot is particularly small. On the upside, economy as you'd expect, is bettered by only a few cars in the world.

Australian Priuses get small diameter wheels (alloy wheels with plastic covers) but otherwise a relatively high level of equipment - with a high spec i-Tech model also available (add $13,500) - which includes goodies such as remote self-running air conditioning from solar panels in the roof, reversing camera and sat-nav. Toyota is hoping to increase the level of sales to private customers with this new model.

No doubt it will sell well. Primarily to companies and government departments which have fleet controllers with a level of guilt about using cars - and who believe that Hybrid is the future. Is a Prius worth spending twice as much as it's sister car, a Corolla? I seriously doubt it. Or a significantly cheaper and altogether nicer Golf diesel? No. When the man from Toyota handed me the keys, he told me "This is the future of motoring". He's quite right - unfortunately. 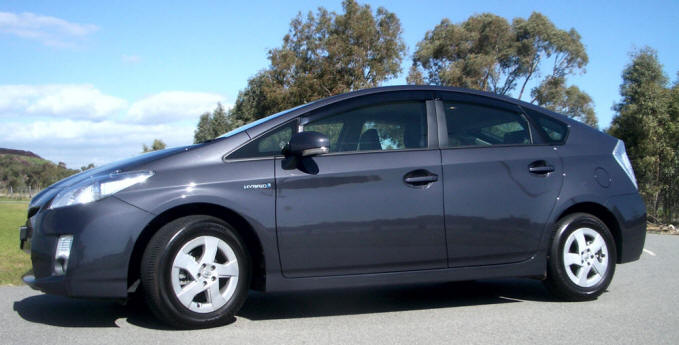 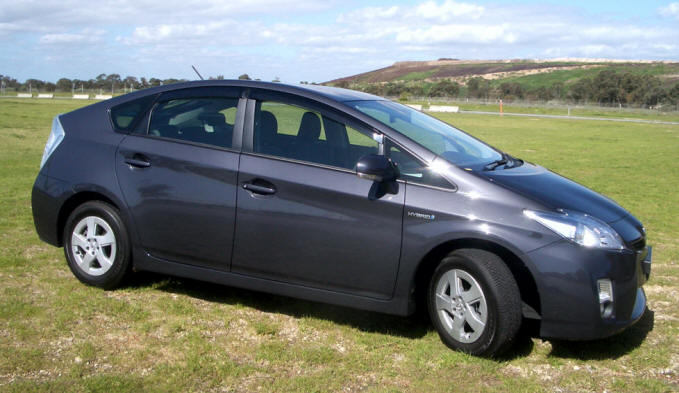