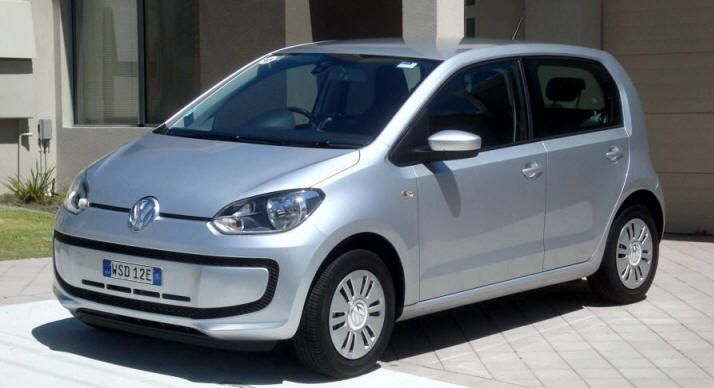 The heading above is the last time I’ll write the name the way Volkswagen wants us to. So for now, it’s the Up. And it’s a car I approached with some uncertainty. As a completely new small model, I thought Volkswagen had missed a big opportunity to make the car look funky – like a Smart or Fiat 500. It looks a bit bland and the early ideas like a rear engine and other unusual engineering solutions had disappeared by the time it became a production reality.

Volkswagen has offered smaller cars than the Polo in Europe for years and most of them have been pretty dull really. But there’s been a game-changing car for VW to aim at in this tiddlers category. With a model shared by Peugeot (as the 107), Citroen (C1) and Toyota (Aygo), the tiny car market was turned on its head a few years ago. The joint effort small car was designed to be manufactured with all kinds of cost-cutting measures. And now we have the Volkswagen group’s answer, using many of the same design and construction techniques. And they have Skoda and Seat versions of the Up too.

Even on the 4-door version the rear side windows only flip open, don’t wind down. Just like the French/Japanese trio. Similarly, the rear window and tailgate are one piece of glass. There’s no soft-touch plastic inside and the headrests are built into the seat, in the old tombstone style. And its windows seem to have the thinnest glass I’ve ever seen on a car. There are no controls on the steering wheel (which I quite like). But that said, it does have a couple of cup holders and decent storage spaces inside.

Oddly, there are only air vents on the outer ends of the dash with a central dash-top vent which blows air generally into the cabin too. And there’s a single power window button on each front door, rather than having a master switches on the driver’s door. Surely central dash-mounted buttons would have made more sense – but would have cost a few euro-cents more. 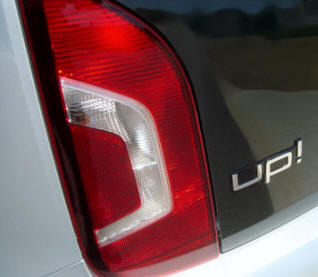 Does it feel cheap? No, not really. OK, it doesn’t feel premium or luxury car like, but the buyer of such a car isn’t looking for or expecting that. They want practicality, quality of build, economy and ease of use. All of which it has in spades.

Built alongside Porsche Cayennes and Audi Q7s in Volkswagen’s Slovakian factory, you can expect the quality of build to be good – and it clearly is. There are no buzzes and rattles and it all seems properly bolted together and has a decently solid feel on the road.

In fact, even if you throw it around a bit through the corners, its composure is remarkably good for a bottom of the barrel car. The little 14-inch wheels and economy tyres acquit themselves well, without instant understeer that some cheap littlies suffer from. The standard power steering has excellent feel at all speeds. The ride is good – harder to achieve in a lighter a car is – though within limits...

The new 1-litre 3-cylinder engine is a corker. Sure it runs out of puff when the car’s loaded and heading up a steep hill, but it is only a litre in capacity. It thrums like an early Suzuki 4WD or an old Charade, but it’s actually quite smooth and has remarkable flexibility – just what’s needed in an economy car. Somehow it encourages spirited driving…

And the brakes are very impressively good.

Volkswagen has specified the equipment level of the Up quite well for Australia. A laser-activated automatic low-speed braking system is standard – typically something fitted to much more expensive cars. Ideal for girls who insist on texting while driving…

There’s power steering, the steering wheel is height, but not reach adjustable and the driver’s seat has height adjustment. It’s air conditioned and has a (relatively) decent sized boot with an adjustable floor.

For $500, there’s the optional dash-top screen which brings sat nav, extra instrument graphics (tacho, temp gauge), economy readouts, bluetooth for your phone and other gadgets. Excellent value and any Up buyer would be crazy not to take this option.

Looking at downsides… it comes only as a 5-speed manual, which will rule out some potential buyers. There are only two rear seatbelts, which while it’s a small car, limits the number of children who might otherwise easily fit. Surely this is an oversight that the importers must fix.

It’s fun to drive, cleverly packaged, economical and built like a Golf… For $13,990 for the 2-door and $1000 more for the extra back doors, the Up offers pretty convincing value for money. Every time I drove it for the review week, it put a smile on my face. And for that, the Up gets a big tick. 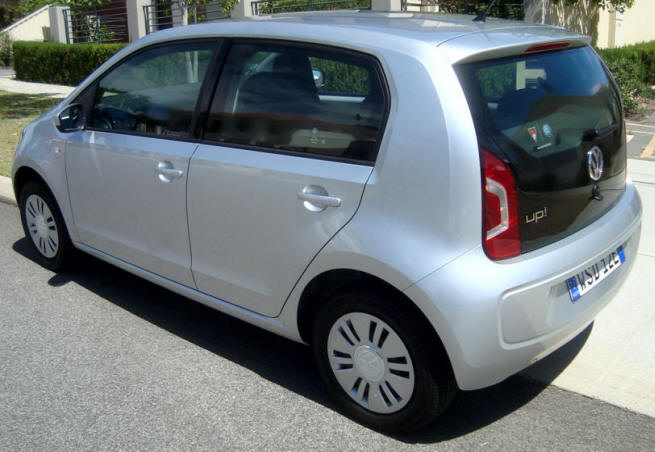 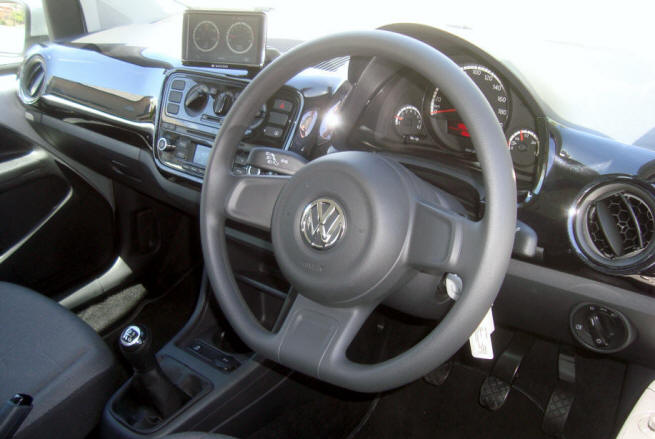 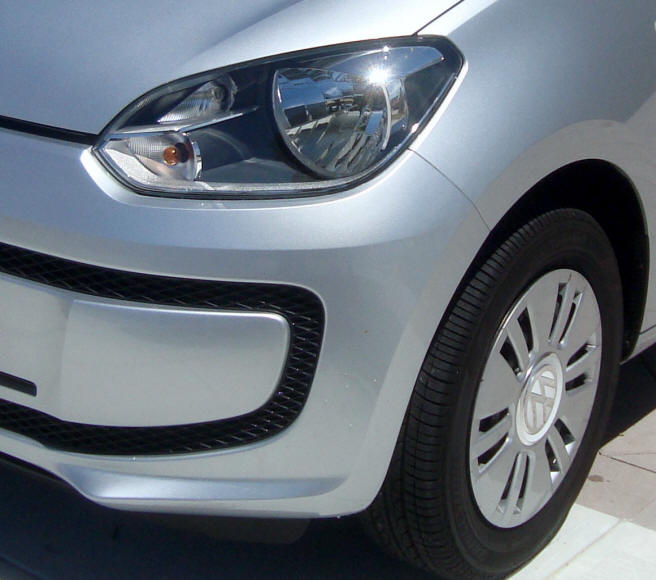