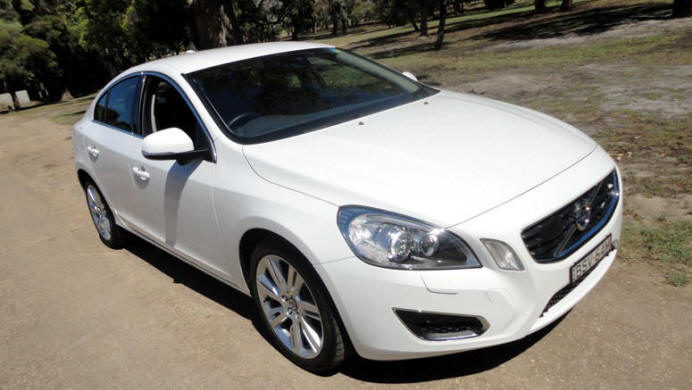 If this car didn't wear a Volvo badge or you could test-drive it blind-folded, it would get rave reviews from any driver. It certainly deserves them. What a great package.

There were a few fears that once Ford had let Volvo go to new Chinese owners Geely that new products would take a nosedive in many areas. Not so.

OK it looks like an aardvark - long nose, high tail. The wagon's not so extreme... It isn't unattractive though, and some of the styling detailing is quite good. Importantly, it further distances the Volvo look from even the more recent Volvo looks, which haven't universally been winners.

The turbocharged 5-cylinder engine is a gem. It's the heart of what makes the T6 such a brilliant car. I also drove the D5 turbodiesel, and while it's engine is perfectly adequate, it takes away so much of the sharpness which makes the T6 such a success. The T6 engine offers instant, strong performance anywhere in the speed range. And it's a very rewarding car to fang around. Couldn't say that about many Volvos in the past, except certain special versions...

0-100km/h in 6.2 seconds is a result of a 3.0-litre, double-overhead cam 6-cylinder, turbocharged petrol engine. Output for this powerplant is 224kW and it gives very decent torque of 440Nm. The power is transmitted via a 6-speed automatic (with manual selection only via the gear lever) and the truly excellent traction is supplied by an electronic all-wheel drive system. It's not an M3, but it's a fraction of the money.

The build quality, finish, detailing and quietness are all features at least as good as well-respected German rivals. And that's saying something.

I didn't like some of the interior finishes, but that's more a matter of taste. The layout of the controls (even to details like Volvo's almost iconic climate control buttons) is exemplary. Straightforward to understand and use. The seats are excellent, though rear headroom is compromised for taller passengers by the sloping roofline.

The car tested had the optional Driver Support Package, which includes a blind spot warning system, driver alertness monitoring system, park assist, adaptive cruise control, and pedestrian detection with full automatic braking (which I didn't test). I doubt I'd take this option if I was ordering an S60 - I found the warnings just a bit too annoying.

However, it is a thoroughly enjoyable experience to drive this car. It's not pretentious, but is high quality. It's well equipped and is clearly well made. And good value to boot. I'm pleased to report that it was one of the few cars I've tested lately that I could own and genuinely expect to enjoy long term. 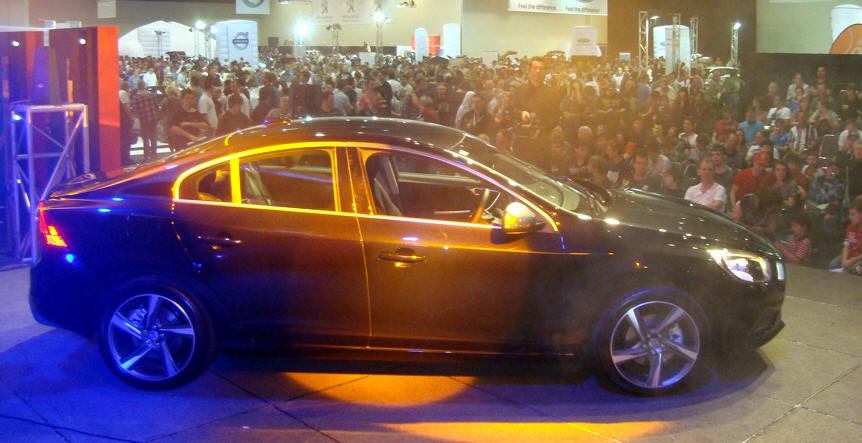 Above: Perth Motor Show Live launch of the S60