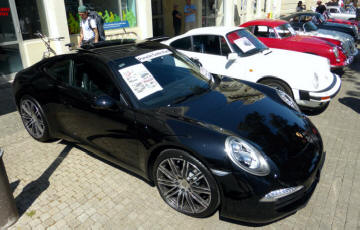 SIVA is the Special Interest Vehicle Association of WA, which caters for all kinds of 'unusual' cars. The club decided to hold an event specifically for rear-engined cars, naturally enough, calling it the Rear Engine Car Day. Held in October 2015 at Kings Square in Fremantle, the day had perfect sunny weather and seventy rear-engined cars turned up - a number beyond expectation. Clearly the concept captured the imaginations of many enthusiasts.

The variety among the cars was thoroughly impressive. The expected cars turned up in strong numbers, Volkswagens, Porsches, Renaults, Fiats and the like. But it was the very rare and unusual cars which stunned many an onlooker - with examples of Tatra, Nobel, Amphicar, DeLorean, Messerschmitt and others... Where else could you se a Simca 1000, and NSU Prinz TT, a Corvair Rampside Pickup, a veteran Schacht, a Purvis Eureka and a line of five Alpines? Probably nowhere...

A new Porsche 911 kindly loaned by the Porsche Centre Perth represented the only new rear engined car available on the Australian market, following the withdrawal of Smart from the local scene.

A special display of Karmann Ghias celebrated the 60th anniversary of the German car.

The organizers had specifically ruled-out mid-engined cars, confident that they would attract sufficient cars "with the engine hanging out the back", which they certainly did. The setting was excellent, with many cafes in the vicinity as well as shady spots to sit and admire the incredible array of cars.

A unique concept, the day was a great success with many hundreds of visitors enjoying the unique display. The club is yet to decide when the event will take place again. 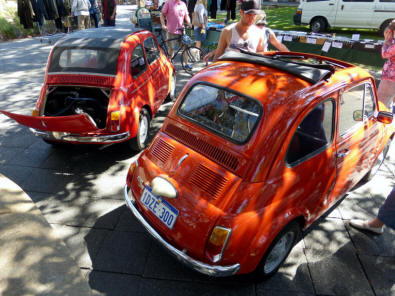 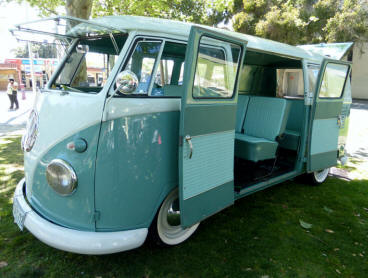 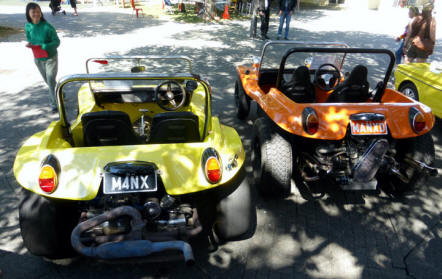 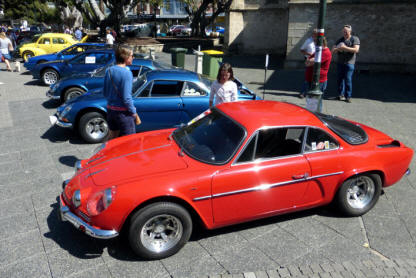 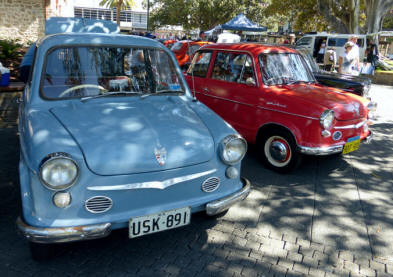 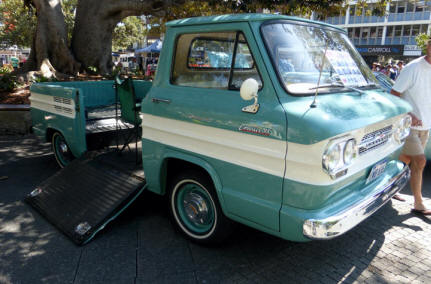 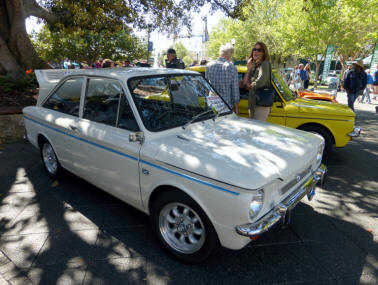 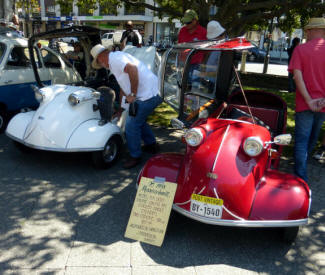 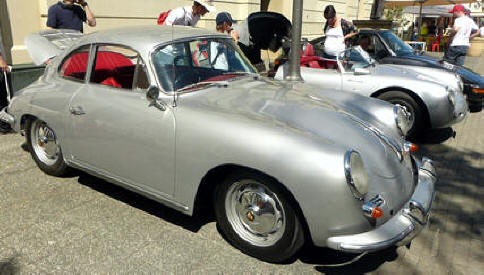 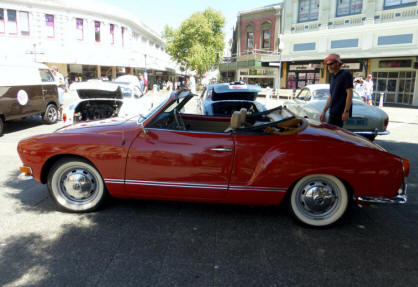 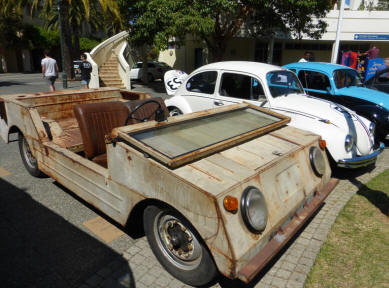 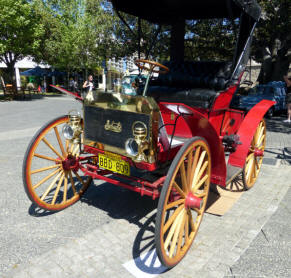 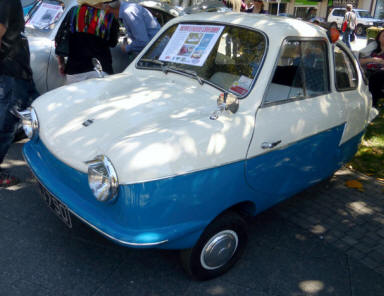 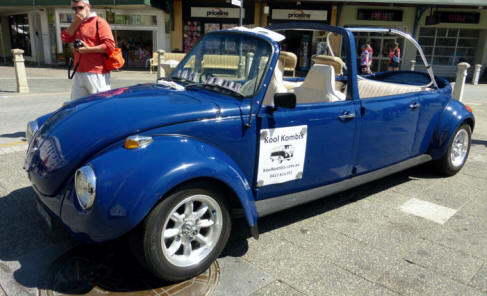