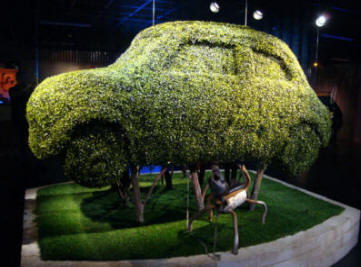 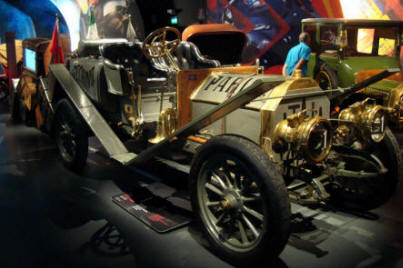 Turin has long been the hub of the Italian Automobile industry, and the home of Fiat, the country's main player. Hundreds of smaller automotive firms have also called Turin home over the decades. So it's fitting that Italy's finest automotive museum should be located in this great city. 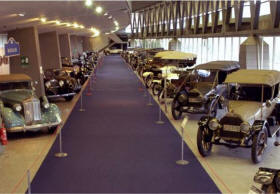 The museum first opened in 1960, though the collection began some decades before. Originally named after Carlo Biscaretti, a Torinese aristocrat with connections to Fiat who conceived the museum, it housed about 200 cars on display and a vast archive of printed material. The museum was in a purpose designed facility overlooking the River Po, not far from the centre of Turin and near the famous Fiat Lingotto factory and headquarters.

But after 40 years, the museum was getting very dated - rows of cars closely-packed and angle parked, behind plastic chains was no longer the way people wanted to see automotive heritage... See photo left. A bold move was made to completely refurbish the museum, incorporating the most modern concepts of exhibition. Stage set designers, architects and the most creative minds were set the task of putting together a museum which would enthral and challenge visitors. Certainly the collection, and other cars the museum had access to would provide amply good exhibits.

The museum was closed for a year, and in the best Italian tradition, re-opened after almost four years. In the meantime, impressive temporary exhibitions had been mounted in a big exhibition centre nearby.

When the museum re-opened, the result was stunning. With 40-million euros having been spent, virtually the whole facility was unrecognisable - except for a central terrazzo staircase.

The displays were clever, fascinating and capture the imagination of every visitor. In many cases, quite unique. It looks at the cultural influences the cars have had on the world, looking at Turin's significant part in automotive history and at present day designers. Among the cleverly themed exhibits are many unique and amazing cars.

A racing car section includes some very significant and historically important cars. Several cars from Fiat's collection are displayed, including the famous 'Turbina' turbine powered prototype. A section mocks-up a Fiat 500 production line. There are displays that consider the future of cars, look at the harm they've done and show a fascinating insight into some of the greatest living car designers. It's all very cleverly laid out.

One large area on the ground floor has a temporary display area, which changes regularly. There's a very well-stocked shop and a cafe.

The museum would have to rate among the very best in the world today. 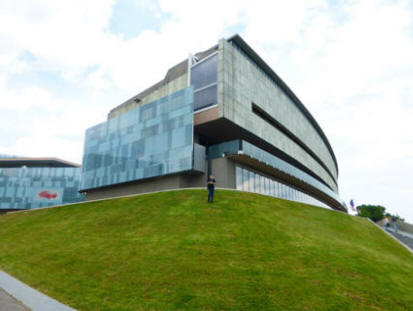 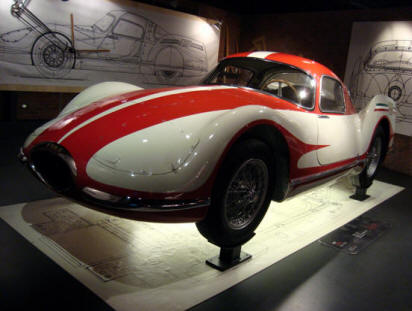 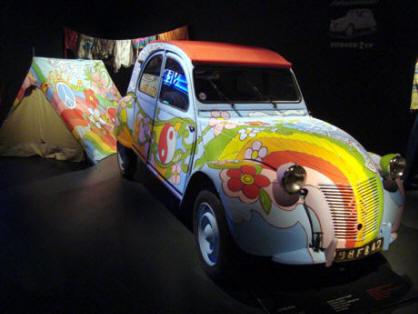 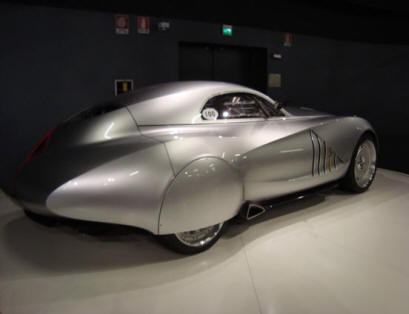 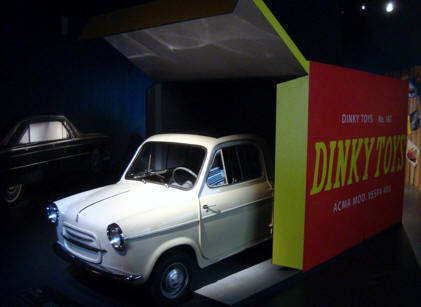 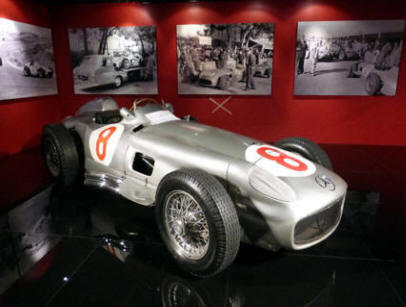 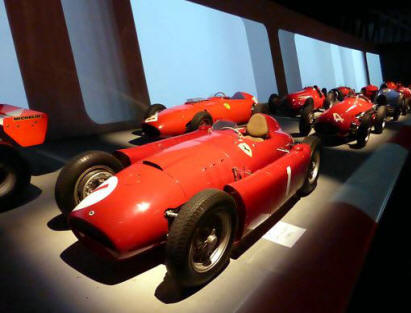 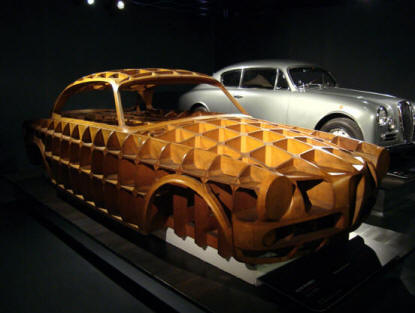 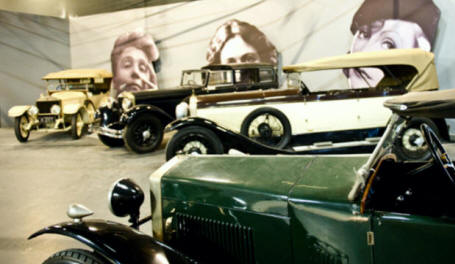 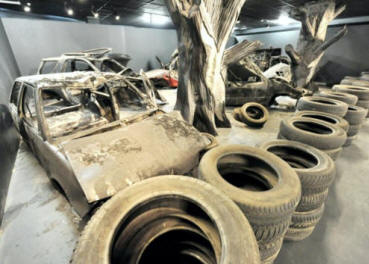 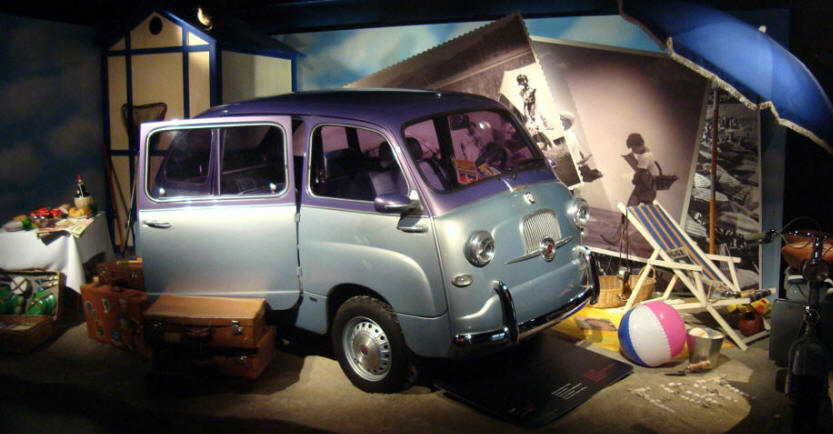 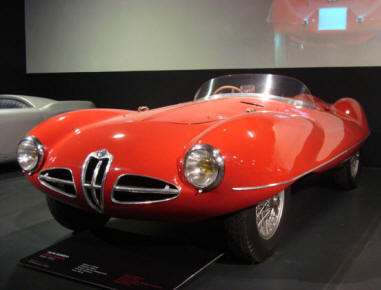 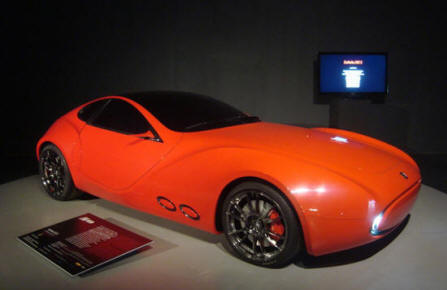 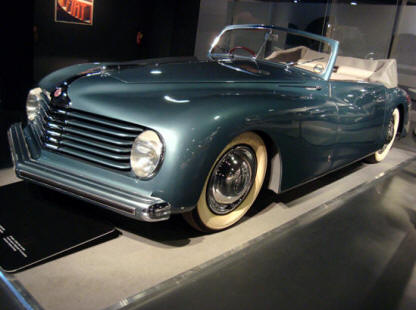 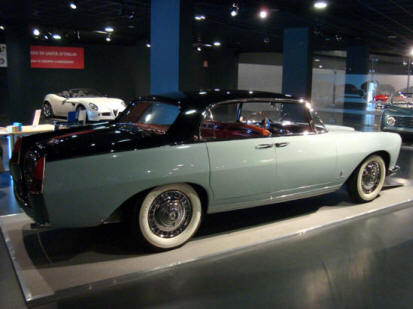 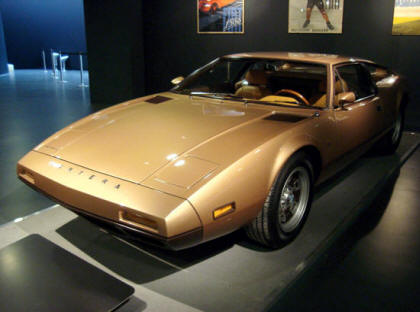 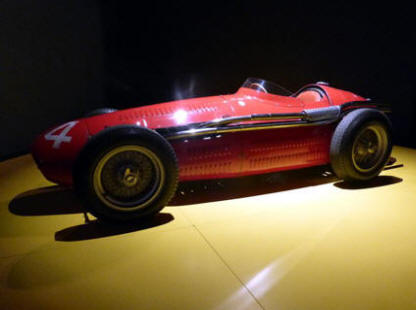