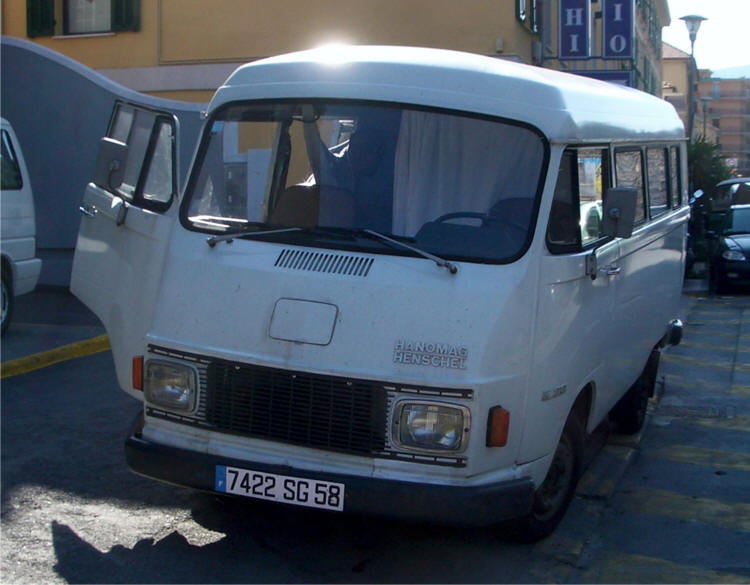 This was a vehicle which had me stumped… I was in Italy and saw what should have been a Mercedes-Benz van. Or so I thought.

It was styled very much in the idiom of German light vans of the early 1960s – the VW Kombi being the best known, but several makers built quite similar looking vehicles. As I approached I read the badge on the rear read Hanomag Henschel. From the front in particular it looked pretty much like a 1960s Mercedes-Benz van. And I knew Hanomag was an old German brand.

It captured my interest, because I thought Hanomag had ceased car production before World War 2. So I investigated a bit when I got home. Hanomag, from Hanover, Germany had begun in the 1830s as a machine works, becoming large in steam powered equipment and eventually in 1925 introduced their first passenger cars. This early Kommissbrot is familiar to me for two reasons. Famously they were available with wicker bodywork, and the name means 'army loaf' (of bread) which describes the style of the little car. It had a single cylinder mid-mounted motor. I've seen a couple of these early Hanomags in museums in Europe.

With ensuing expansion of the model range, to include more conventional designs the Hanomag company gained considerable success, becoming the second biggest selling make in Germany by 1930. The company also made tractors and other heavy equipment.

Generally Hanomags cars were quite advanced designs, and among the innovations was the introduction of a diesel model in 1936. Immediately pre-war Hanomag launched an advanced, aerodynamic small car with full monocoque constriction, which sold very well.

Production during the war was diverted to manufacture of Maybach military vehicle engines. However after the war Hanomag struggled, beginning with trailer production, then tractors followed by trucks. It wasn't until 1951 that they announced a new car, but the project faltered and none were sold.

Commercial vehicle production continued and after one change of ownership, in 1964 the company was merged with Henschel & Sohn. The small front wheel drive van had been a development of a commercial vehicle made by Tempo, another German company which Hanomag had absorbed.

From 1969 the truck making division was taken over by Daimler Benz in three stages, which explains why the van I saw looked just like a Mercedes van…

In the meantime it gained several updates. First, a new, more modern nose went on. This stayed until the late 1970s. Various different wheelbase options were offered as well as van, pickup and bare chassis with cabin versions.

In fact Mercedes-Benz re-badged the Harburger selling it through their own dealers - and outsold its originator, remaining in production wearing the 3-pointed star until 1977.

The Harburger van had been marketed as Hanomag, then Hanomag-Henschel and Mercedes-Benz simultaneously. Engines offered were a diesel of Hanomag's construction or a petrol unit from Austin (!). Later the Hanomag diesel was supplanted by a Mercedes-Benz unit. January 1972 saw the arrival of a more powerful 2.2-litre 60-hp diesel engine.

Hanomag had also been making large trucks. The Hanomag name eventually disappeared from these vans in 1975.

Hanomag continued making earth moving equipment. In 1984 Volvo bought the diesel engine tooling and the plant and earth moving side of the business was taken over by Japan's Komatsu company in 2002.

One of Hanomag's factories was the ex-Borgward facility in Bremen.

Today Daimler (Mercedes-Benz) truck axles, drive shafts and differentials are manufactured in the last of the old Hanomag factories.

The Harburger was not dead however – the vans lived on as later, very square-styled derivation, as the MB100, directly descendent from the Harburger, using some shared components. In 1992 production moved to Korea, where SsangYong later made a restyled version, which was sold in Australia for a few years as a Mercedes-Benz van – the first version of this long line to have been marketed in Australia. You may recall it as the rather ungainly proportioned light Mercedes van of the early 2000s. Finally it finished in 2004.

The generational changes - and re-styles - below. 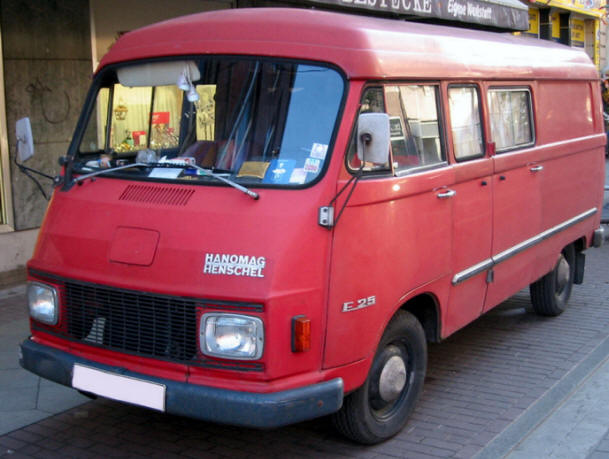 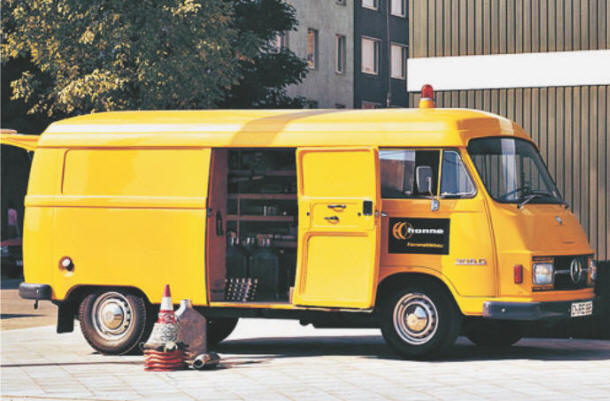 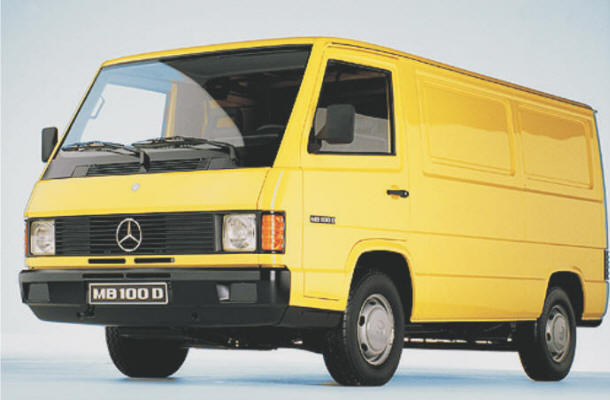 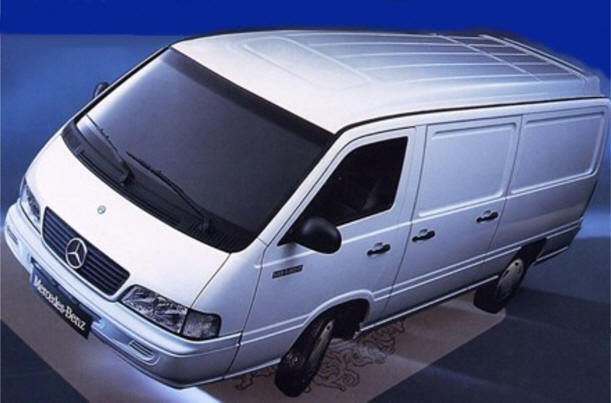