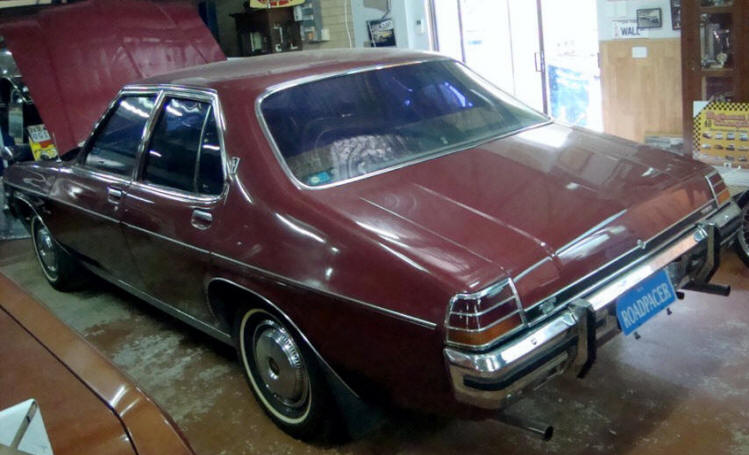 Here's one of the most unusual of Japanese cars. It's so unusual, that almost anyone in Australia would doubt the claim that it is a Japanese car at all.

To most Aussies it looks like a Holden HJ Premier, and those with a keen eye will note a few detail differences. The most obvious of these are the Mazda badges the car wears.

It's a Mazda Roadpacer, born from a brief liaison between Holden and Mazda in the early 1970s.

This was a time when the larger Japanese manufacturers built exclusive top-of-the-range luxury models for executives and dignitaries, the Toyota Century, the Nissan President and to a lesser extent Mitsubishi Debonair. These cars were marketed only in Japan and the Toyota and Nissan featured unique V8 engines.

While Mazda was growing, they had no such car, nor the finances to develop one. Their model range was broad in the early 1970s, with their rotary and piston engine range of models selling well from the Kei-class Chantez 360 to the new RX5.

The Roadpacer was the result of a concept which had certain undeniable merits. Development time and tooling costs were significantly reduced compared to starting from scratch. Japan, like Australia was a right hand drive market. Also the Holden was not sold in Japan, which was the only market the new Mazda luxury model would be marketed, so it would be exclusive. Mazda bought Holden bodies, and fitted their own running gear, interior trim and other minor parts. 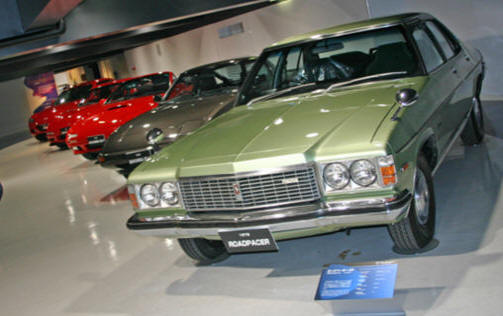 Compared to the Holden, the biggest change was the installation of Mazda's 13B rotary engine, exactly as used in the RX4 - or Luce RE-AP in its home market. The 13B twin-rotor engine developed 181kW (135bhp) at 6000rpm, not a great deal for a car with the weight of a fully equipped Holden Premier - just under 1600kg. The rotary powerplant sits low and well back in the engine bay and the radiator is oddly angled.

The Roadpacer was only available with automatic transmission, a Jatco 3-speed unit, with slightly lower gearing than the Holden version to try to get some acceleration out of the car. Performance was not strong compared to its competitors, with a top speed of just 165km/h.

While the Roadpacer was one of Japan's first cars to meet strict new anti-pollution regulations, fuel economy was not one of its highlights. No better than 15mpg could be expected. It used as much fuel as a V8-engined Premier, but had no more performance than a 3.3-litre, 6-cylinder version of the Holden.

What the Roadpacer may have lacked in outright performance, Mazda made up for in lavish equipment levels. The list of luxury fitments included air conditioning, power steering, electric windows, central locking, interior boot release, an AM–FM radio/cassette player (with additional controls in the rear), a rear window demister and remote external mirror adjustment.

Among the few options available, was the choice of bench or bucket front. The cars were upholstered in soft materials, including the felt-like hood-lining to help reduce noise levels. Some had amazing sculptured velvet upholstery in vile colours, which whilst very plush, were an acquired taste – to be polite. Plainer trim was also available.

Other changes were made to the car to meet Japanese regulations - big chrome wing mirrors, front side repeater lamps, reversing lamps and hazard lights. Various warning buzzers and doors that lock automatically at 10km/h were fitted.

Other differences include a unique centre console (with the separate front seat option), different hubcaps, and of course lots of Mazda badges. 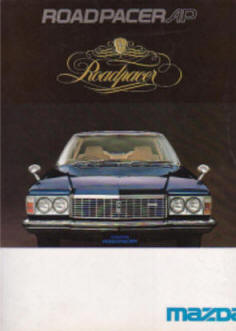 It appears that there were also minor changes during production, as early press photos show reversing lights and additional reflectors hung under the rear bumper, while later cars had RX4 integral type units fitted into the bumper.

I've had the pleasure of driving a Roadpacer on a couple of occasions. And driving the Roadpacer is an unusual experience – not so much for the rotary engine, but that it drives just like a 1970s Holden. It even sounds like a Holden 6-cylinder until the revs get quite high and the smooth hum of the rotary becomes apparent. It glides around smoothly and comfortably, as would have been expected of it when new.

The Roadpacer was not a convincing exercise as a luxury car and the Japanese market shunned it. While it was listed as available from 1975 to 1978 (gaining an updated grille in 1977) it is unlikely that more than a few hundred were sold each year. It seems most likely that a total of just 800 were sold. It cost the same 3.8 million Yen as a V8 Nissan or Toyota, was not as luxuriously fitted out and certainly lacked the performance of its rivals.

Today, a surviving Roadpacer is a very rare car indeed. Unloved by the Japanese, only a small number remain there. Two or three examples are known to be in Australia, the best known of which is in a collection in Western Australia having previously been in two prominent WA collections.

And there's at least one Roadpacer in the country which has one example of every car ever made – New Zealand.

As a footnote, prior to the Roadpacer, Isuzu had marketed the Holden HQ Statesman in Japan as an Isuzu, with no success… 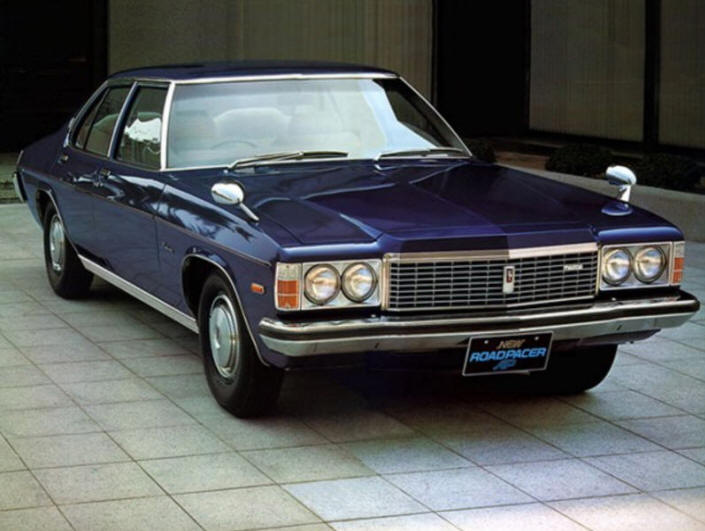 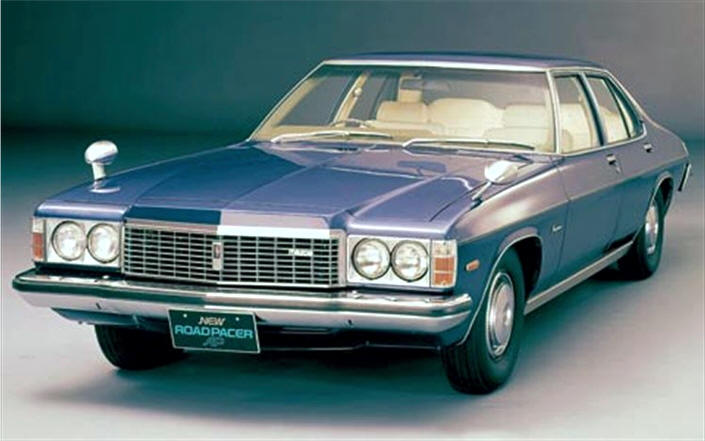