I’d always been fascinated by these German cars, with their avant garde styling and clever technical design. When I was 16 and almost ready to buy my first car, I knew an older couple who had interesting cars. The husband had a Rolls-Royce, a Jaguar and a Cadillac. The wife had 3 NSU Ro80s. They suggested I make an offer on one of the NSUs. I was a bit nervous about the idea, but even more nervous about making an offer that might offend, so I resisted.

Fast forward many years and I’d had a bit to do with several Ro80s through the years and still had a hankering for one. One of my ideas for motoring is to experience different cars – if I like them, keep and enjoy them, otherwise, move ‘em on. A friend told me of an elderly gent wanting to sell his Ro80. As it happened, I knew the car and its owner from some years before, so I went to Gidgegannup to have a look. 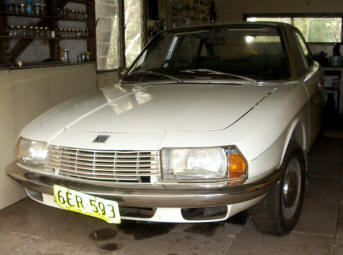 The car, seen as found at left, had been sitting in a garage for a few years with “a minor tuning issue”. It was clean, straight and complete. Importantly, it had what I wanted, which was a Mazda rotary engine conversion, still with the NSU semi-automatic transmission. And just 32,000 miles on the clock. I bought it, and the work commenced…

The “minor tuning issue” required a complete engine rebuild, with a new block... The gearbox casing was cracked and needed to be replaced, with innards rebuilt, plus new clutch. Brakes, suspension, power steering all received attention, plus a few electrical issues. Several months and a billion dollars later, I finally drove the car home. Concentrating on ensuring I got the semi-auto gear-changes right and familiarising myself with the car, I was surprised to see a pedestrian stop on the spot, swinging around as I drove past, calling out “WOW!”. Okay, so someone aside from me appreciated the only Ro80 on the road in Perth (a couple of others were licensed, but not running).

I got a lot of pleasure from the car over the following eleven years, took it to lots of car shows and it won awards at German Car Day and Day of the Volkswagen (“Other” brand). On country runs it was comfortable, if a little noisy by today’s standards.

My son wanted to be taken to school in it when he was about 5 or 6 years old. I told him nobody would understand it was a special car, however when we arrived, one mum rushed over exclaiming it was a wonderful classic. Over the years people told me several interesting Ro80 stories, including that the WA Police had tested one in the late ‘60s.

Aside from some clutch issues early on, it only every let me down twice (once a dead battery). The car appeared in a 5-page feature story in Unique Cars magazine. Eventually I parted with it, not having really used it a great deal the last few years - oddly enough selling it to a guy in Victoria who’d bought my Lightburn Zeta a decade before. I’m very pleased to have owned and thoroughly enjoyed an NSU Ro80.

If anyone is looking for a genuine dealership workshop Ro80 tool board with most tools, I have one to sell…

Launched in 1967, the Ro80 was a radical new car, featuring such innovations as a rotary engine, semi-automatic transmission, front wheel drive all round disc brakes (inboard at the front), aerodynamic bodywork and many smaller new attributes. NSU had made cars decades before, changed over to motorcycle production, becoming Europe's biggest maker of 2-wheelers. By the late 1950s they were back at car manufacturing, starting with the small Prinz, which grew into a considerable range. Felix Wankel, father of the rotary engine worked with NSU to produce the radical new powerplant, rights to which were also sold to General Motors Mercedes-Benz, Citroen and Mazda - the latter two companies the only others to build cars using the motors.

After a Sport Prinz test model, the radical new Ro80 was the company's first serious production model with the new engine, in this case a twin-rotor unit. It was named European Car of the Year and had many keen buyers. Unfortunately a reliability with the apex seals caused a continual problem which the company struggled to overcome. Warranty claims brought the once thriving German maker to its knees. Volkswagen had plenty of funds but was at an engineering cul de sac, and with the purchase (and combining) of Audi and NSU was able to create new models which didn't hark back to the 1930s - ultimately saving the company. NSU's K70 sedan design, which was very similar to the Ro80, but slightly smaller and with a traditional engine, was hurriedly rebadged and marketed as a Volkswagen, becoming the firm's first front wheel drive model. Versions of Audi models followed suit.

The Ro80 received few and very minor updates over its 10-year production life: 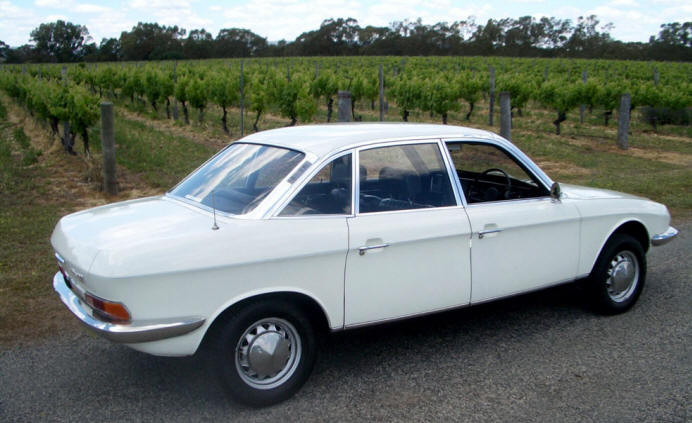 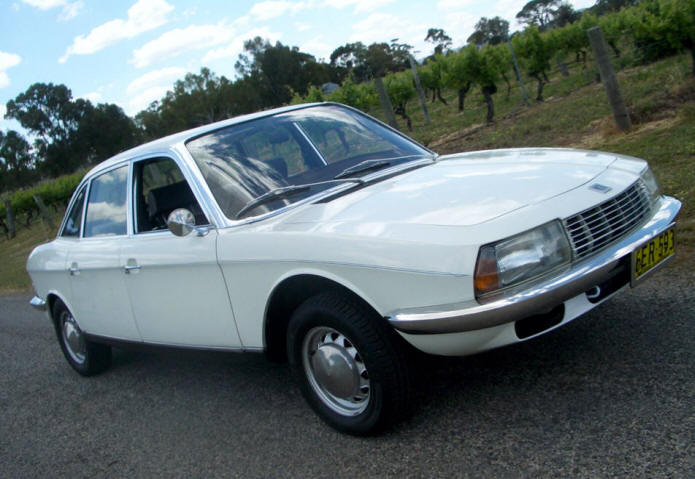