For a brief period, the Reliant Scimitar GTE was one of the hottest properties. The trendy new idea of a sports estate was really launched by Reliant with this car. Princess Anne famously drove one (often collecting speeding tickets) and other celebs were attracted to the model. Others followed, notably the Volvo 1800ES and Jensen Healey GT Estate.

The GTE really raised the profile of Reliant internationally, which had been mostly been known for their ghastly 3-wheel economy cars. But those sold in huge numbers and allowed the Tamworth-based company funds for a range of sporty cars. Reliant had built the Sabre sports (actually a design they'd made for an Israeli company where it was marketed as a Sabra) from the early 1960s. Using a hodge-podge of parts from different makers, almost 300 were sold, which encouraged the company to make something better.

The result was the 1964 Scimitar GT, with sharp styling by Tom Karen of Ogle Design. The new coupe featured Ford's Zephyr engine, and later the new 3-litre V6 (much better). With a thousand sold, Reliant was on a roll.

In 1968 they launched the sexy new Scimitar GTE, the striking sports wagon body again the work of Ogle. The GTE gained a new steel chassis, and like all Reliants before and since, wore fibreglass bodywork. The car was an immediate success with the 4-seater setting sales records for Reliants proper cars (over 100,000 3-wheel 'plastic pigs' were made).

The press and the public loved it. Featuring Ford's lusty 3-litre V6, putting out 144bhp, the GTE was capable of 120 miles per hour (200km/h) which was pretty impressive in the late 1960s. Fitted with stylish alloy wheels (or stylised fibreglass wheel covers), overdrive and with automatic transmission available from 1969 the GTE quickly became the trendy car to have if you didn't want an E-Type or Lotus Elan +2, which were both already a bit old hat.

British car buyers embraced fibreglass cars - which avoids rust - and many makers offered cars with such bodywork. Big players Lotus, TVR and Reliant were joined by many smaller makers such as Gilbern, Fairthorpe, Ginetta and others.

Scimitar GTEs also enjoyed success in export markets, which was something new for Reliant. In 1975 an updated version was introduced. Having enjoyed success of selling almost 10,000 GTEs the company took a very cautious approach with the new model, looking virtually the same, but featuring a longer, wider body. Many improvements were made but somehow it lost its mojo. Sometimes original is best, and that was certainly the case with the Scimitar GTE SE5 and SE5A.

A convertible model GTC came briefly but by 1986 the GTE was dead, the newer version having sold in much smaller numbers than the 1968-75 GTE.

Between 1989 and 1990 a company called Middlebridge resurrected the car and built 77 more, fitted with the modern Ford Scorpio 2.9-litre V6.

Reliant built a rather unattractive small 4-cylinder roadster from 1984-1995 using the Scimitar name, which shared nothing else with its predecessors.

What are Scimitar GTEs like to drive? Pretty good fun still. The V6 engine is a strong performer and manual gearboxes suit the car well and change nicely. The dashboard switch for electric overdrive (on the two top gears) is very quaint and very British. For a 1960s car the GTEs handle nicely and all had disc brakes. Overall they have a pretty sporty feel.

Inside they're a funny mix of crappy plastic juxtaposed with a nice driving position. The rear seats really do fit adults, and the long doors make for good access. The glass rear hatch opens up to a decent, if shallow boot – and the rear seat folds for more space.

Bodywork is often wobbly on cars which have had patchy repairs over the years and the chassis are prone to rust (late cars were galvanized) and a bad chassis can mean big problems.

Interiors suffer in hot Aussie sun but are pretty straightforward to repair. There's too much vacuum formed, low-quality plastic. Replacement dash-tops in fibreglass are a sensible replacement part and can be upholstered nicely. Early cars only came with black vinyl, but colours and leather options came with the SE5a of 1971. 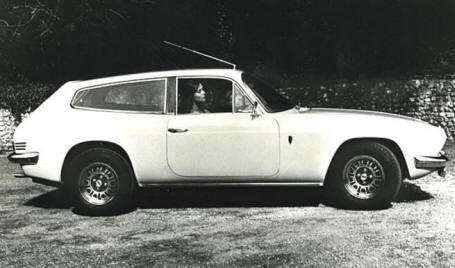 Many internal and external hardware parts are common to mass production cars of the era, so not too hard to find replacements for… except for bumpers which are pretty much unobtainable these days.

Mechanically the GTEs are straightforward and plenty of specialists can offer service and parts to suit. The front suspension can suffer with age and is Triumph TR6-based, so pretty straightforward for repairs.

Quite a few were imported to Australia, mostly while the cars were current, and while they are certainly not common, if you want one, they're not impossible to find. For some reason, these important, if slightly iconic cars are worth very little. Around $15-20,000 seems to be the going price, as it has been for years. Low values haven't helped keep some GTEs in great condition, but a restored example won't command much more than $30,000. These cars should really be worth more.... There's been a recent but gradual upswing in values, which will continue.

So if you fancy something from the era of flared pants, which will stand out from the crowd, be cheap to maintain and perform nicely, perhaps a Scimitar GTE should be on your radar. 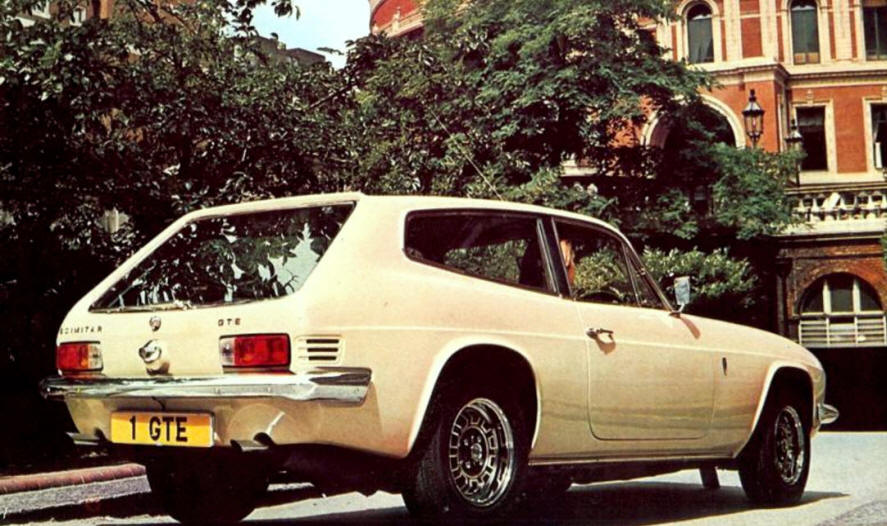 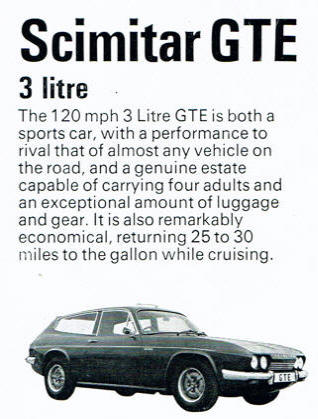 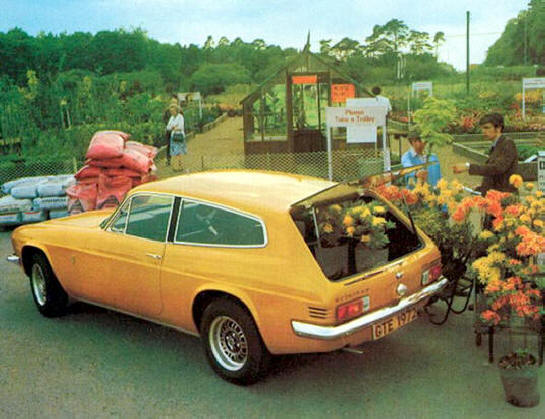 Above: Later cars had altogether different body, whilst maintaining a similar look - but less stylishly. Below: The short-lived GTC 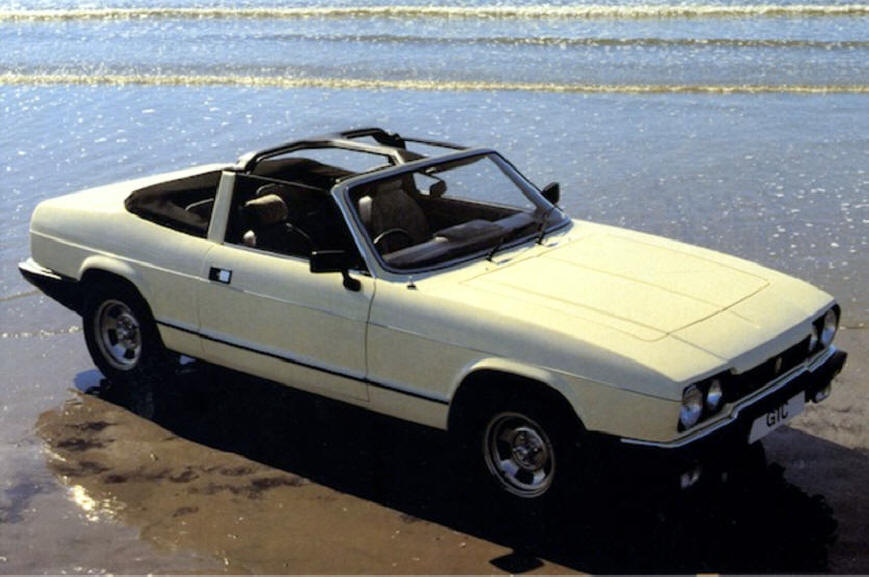