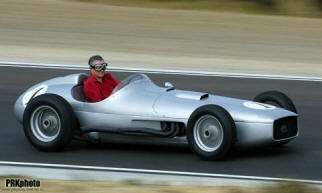 Our Tour Director is Paul Blank, a Western Australian-based automotive specialist whose expertise and experience makes these tours unique.

Paul has designed the tour for Magic Travel using his many years of experience in travelling around the places the tour travels to. He has guided automotive themed tours successfully in Europe since 2005. Each tour has differed in some ways, and for 2018 Tour d'Italia incorporates a carefully chosen mix of truly marvellous experiences.

Paul works in several areas, all automotive. He is an Events Manager, creating and running motorsport events, classic car auctions, car shows and other events - and has been a consultant to events such as the Perth Motor Show, Top Gear Live and Rally Australia. He is also a specialist motoring writer, having contributed to publications including Classic & Sports Car (UK), Unique Cars and Australian Classic Car, The Garage Journal among others for many years. His broad knowledge of the automotive world makes his work sought after.

Paul is very involved in the car club scene, being a member currently of nine clubs. He has been President of the Mercedes-Benz, Ferrari, Microcar and BMW Clubs and the Council of Motoring Clubs, as well as Motoring Historians WA plus served on many club committees. He has been a foundation member or sole founder of several clubs. He has served on the boards of two motor museums and was Chairman of the Classic Car Show.

Since 1998 Paul has been one of the few experts in Australia approved as a Valuer for the Cultural Gifts Program, an appointment which allows him to value historic vehicles and automobilia for donation to approved institutions such as car museums. His clients include the National Motor Museum, Powerhouse Museum, National Museum of Australia, Sir Henry Royce Foundation, Ford Discovery Centre, Motor Museum of WA, Temora Aviation Museum, Queen Victoria Museum and many others.

Paul is the Secretary of the CMC Technical Committee which works with the Department of Transport on historic car licensing issues and he is one of two people the Department consults for confirming Unique & Historic vehicle suitability. He is also on the Committee of the Council of Motoring Clubs.

In the past Paul has also had businesses selling specialist accessories and designing conversions to upmarket cars, and a wholesale business in prestige alloy wheels and steering wheels, having been the WA distributor for brands including AMG, Zender, Momo, Zymol and BBS.

He has owned a very wide variety of over 60 cars, mostly classics. His enthusiasm and extensive knowledge of motoring history has been appreciated by many tour participants.

He is one of the creators of the super successful Classic Cars & Coffee days.

Paul has driven a vast array of cars and has competed in a variety of motor sport events around Australia and has attended many major automotive events throughout the world. He's been to the Le Mans 24-Hour race, Fiat 500 International Meeting in Italy, the Citroen DS 50th Anniversary in Paris, Mercedes-Benz international meetings in Germany, the Concorso d'Eleganza at Villa d'Este, the Facel Vega International meeting in Germany - many car shows and museums throughout Europe, the USA and New Zealand - the Mille Miglia being his favourite event.

Paul's broad interest in the automotive world makes him an uniquely experienced Tour Director. His knowledge of the destinations and highlights in the Ultimate Grand Prix Experience means that participants can benefit to the maximum. Paul is happy to show participants through museums or cars at events, describing important cars, providing fascinating historical insight and answering any questions along the way as part of his guidance for participants. 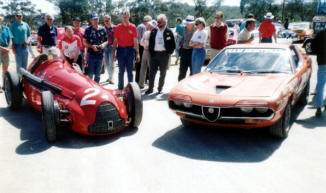 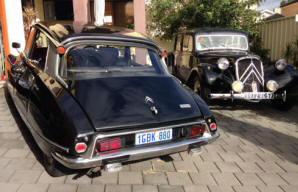 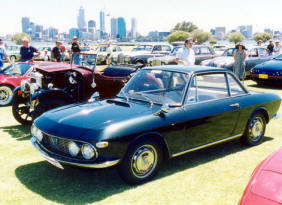 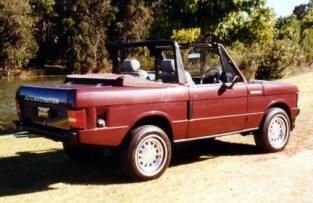 Above: Paul's Lancia Fulvia Coupe, the first Range Rover Convertible he built to his own design, Rolls-Royce and Maserati