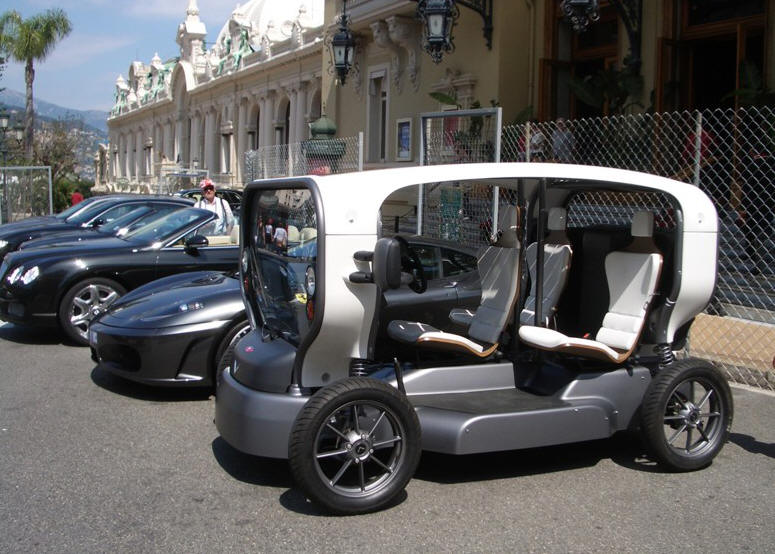 Here's a self-powered vehicle - one of the most left-of-field cars to be shown in recent years. The Venturi company has a history of making sports cars, and currently produces a very expensive electric sports model, but they've been branching out.

I first saw the unusual Eclectic when it was announced at the Paris Salon motor show in October 2006. It certainly made visitors stop in their tracks.

Recently gaining the contract to electrify the French post office vehicles, the Monaco-based company has also been developing the Eclectic. Venturi was originally a French sports car manufacturer, which had seen some success, but was bought by a powerful Monagesque company, and moved both physically and in terms of future direction.

I visited their facility in Monaco to see the Eclectic, and after lapping of the Grand Prix circuit in the Eclectic, came back very impressed. And it gained far more attention than the Lamborghinis and convertible Bentleys also circulating…

Noisier than any other electric car I'd been in, perhaps the sensation was heightened by the openness to the environment. 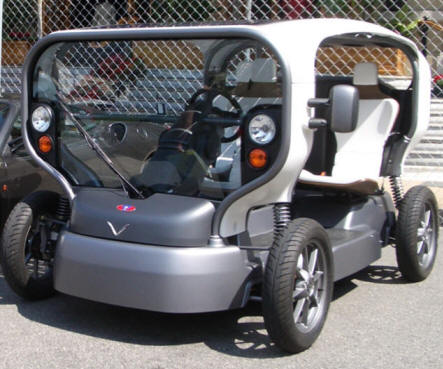 While the styling seems to have been inspired by ET, the makers claim that the Mini Moke was the inspiration for this clever multi-purpose car. The full length roof is covered in solar panels which produce much of the electric car's power, and this can be boosted by what's basically a small windmill to provide additional boost. Plus it can be plugged into a power-point overnight.

It has three seats, with a central driving position the only front seat. The seats are made of wood, with fixed cushions – odd, but completely in keeping with the car's unusual nature.

The prototype is exceptionally well thought out and the quality of finish and detail shows how serious Venturi us about this car.

In 2009 a smaller production version was announced, and it was somewhat more 'normal' than the prototypes – no, not really. Plans for the large model continued alongside.

Designed by Sacha Lakic, it retains the prototype's layout of central driving position with two rear seats. Production was expected to begin later at a new facility near Le Mans in France, where French La Poste postal vehicles are converted to electric propulsion by Venturi.

Venturi also offered a range of other more sporty electric models along the lines of a larger Lotus Elise, which whilst expensive, did sell, however the company seems to have now directed its efforts elsewhere.

In 2010 at Bonneville, USA, Venturi broke several speed records for electric cars, achieving a top speed of 515km/h. The team was back there in 2015 with a radical record car. In 2016 they set a new world record.

Today the company fields cars in the Formula-e racing series. 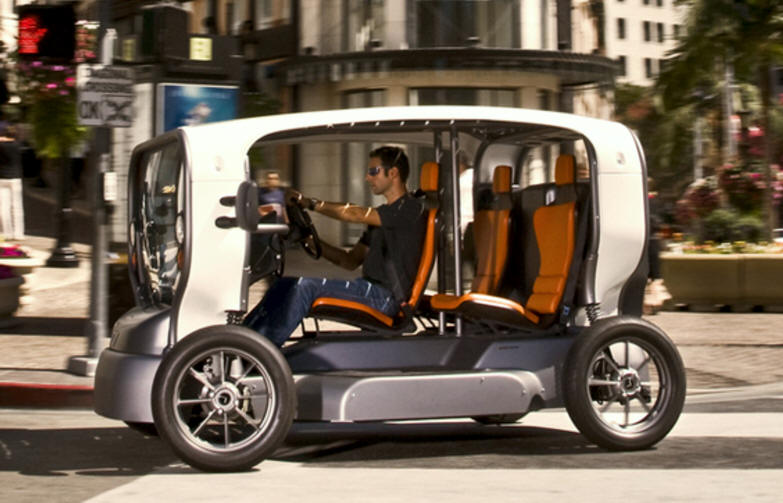 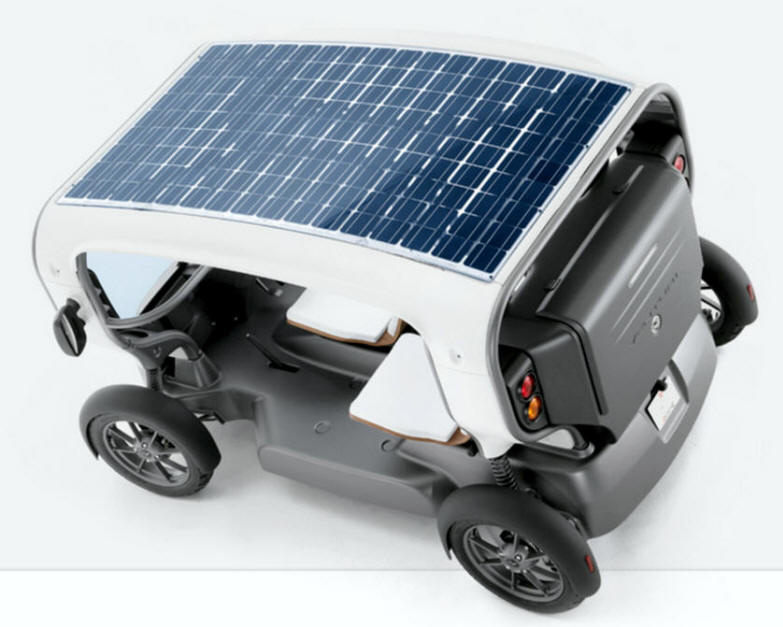